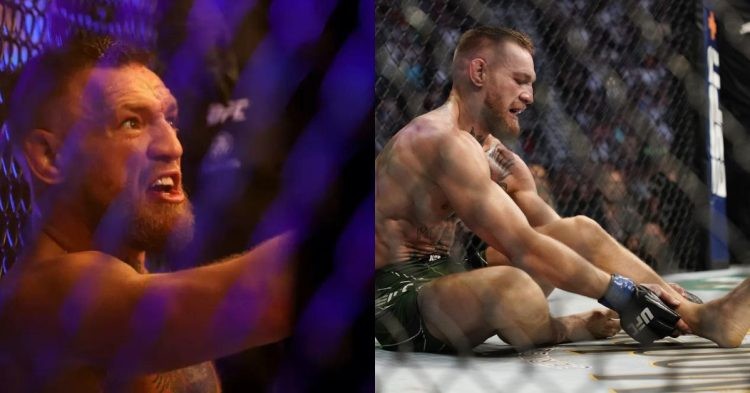 The former UFC two-division champ Conor McGregor has been trolled again for his social media posts. Recently, the former champ-champ uploaded a video of him doing some kind of strange abs exercise on his Instagram account.

The Irishman has been mocked before too for his strange training clips but McGregor seems to be unfazed by the negativity. In this post McGregor uploaded the clips and pictures along with the caption:

“Shut up and move ya’s’r like penguins rocking round. Just kidding, join the wave! Move your body on the @mcgregorfast app with thousands of my workouts at your fingertips.”

Conor promoted his brands and TIDL Sport in the posts and tagged McGregor FAST, Proper No. Twelve, Forged Irish Stout and TIDL Sport.

While the motive of the post seems to promote the tagged companies, the clip itself has drawn trolling and mockery. One section of the users has trolled the Irishman while the fans have positively taken this.

One user said this: “Bruh, What the Hell Are You Doing?”

Meanwhile, one fan stated: “It’s the holistic approach that separates the elite.”

A different user wrote, mocking McGregor: “From an UFC legend to a belly dancer. World is fu***** weird.”

McGregor’s recent victory in the UFC came in 2020 when he made easy work of Donald ‘Cowboy’ Cerrone in a welterweight bout at UFC 246. Since that fight, McGregor has suffered two back-to-back losses against Dustin Poirier.

Conor McGregor has made an amazing improvement in both his training and recovery from the fractured tibia and fibula he suffered at UFC 264 in July 2021. However, after many speculations of the former champ-champ’s comeback, it has been confirmed that McGregor will not fight in 2022 as his leg is not fully healed.

Tim Simpson, the manager of McGregor and many other top MMA fighters, has stated that the former double champion will not fight in 2022 and will make his return by early 2023.

Instead, he’ll soon begin filming Amazon Prime’s new re-imagining of the 1980s classic, Road House. He will star alongside actor Jake Gyllenhal which is set to begin filming in the Dominican Republic in a few weeks.

Conor suffered an agonizing leg break during his last fight against Dustin Poirier in their trilogy which resulted in the fight being called off following a doctor’s stoppage. ‘The Notorious’ has been working hard now to make a successful comeback in the Octagon after his two losses.