BRUTAL! Grant Dawson Beats the Buzzer With a Scary Finish at UFC Vegas 22 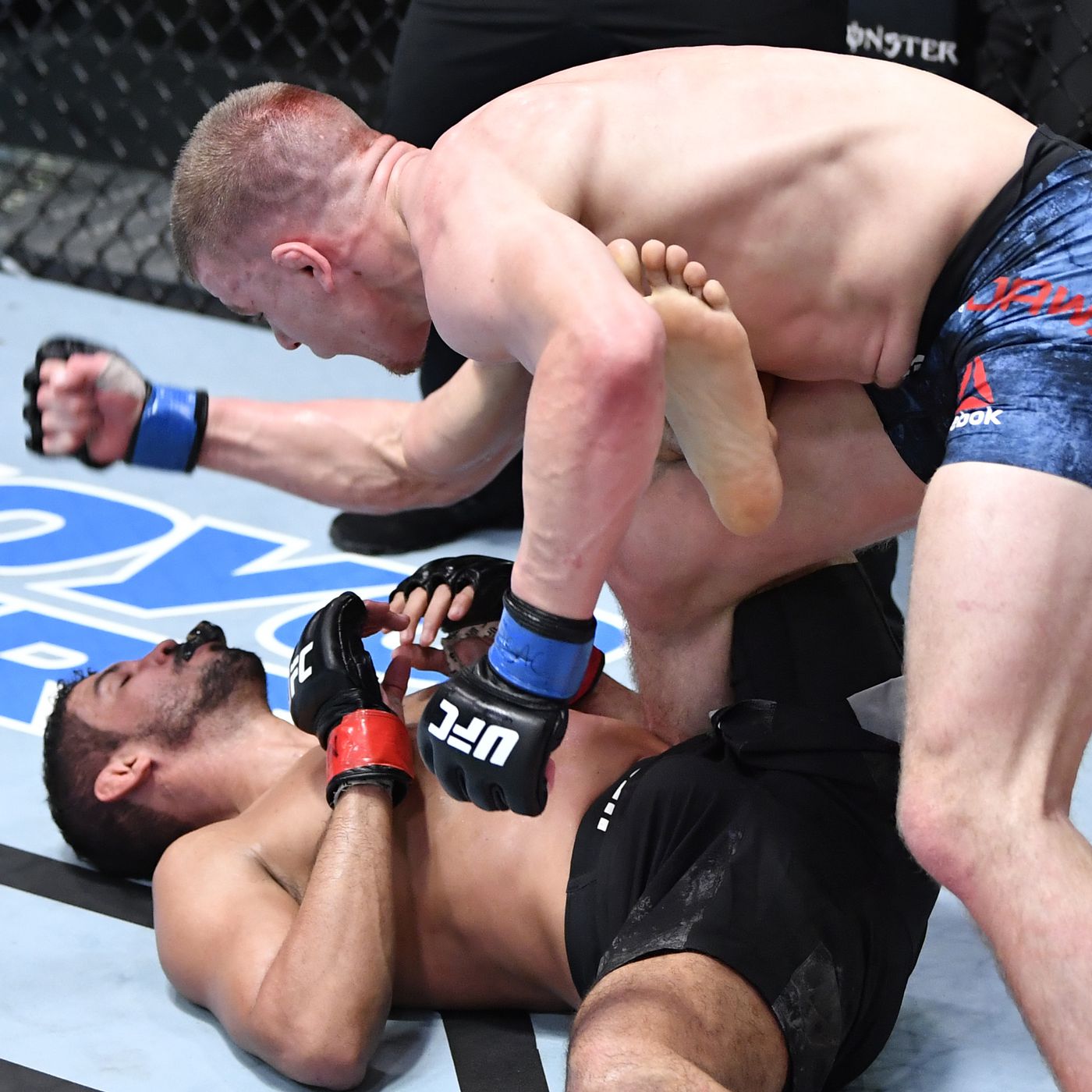 UFC Fight Night: Kevin Holland vs Derek Brunson was in huge trouble when it lost the co-main event between Gregor Gillespie and Brad Riddell. However, we have seen some spectacular performances so far at UFC Apex. And the TKO finish from Grant Dawson against Leonardo Santos was nothing less of a spectacle.

This was the UFC lightweight debut for 27 years old UFC fighter Grant Dawson. And he certainly entered the division with style. Dawson was up against a UFC veteran, Leonardo Santos who was on a 12 fight win streak in the lightweight division.

The 42 years old Brazilian fighter risked his 7 fight win streak in UFC against a young up and comer and he paid the price for it. The fight was extremely close on the scorecards. But it seemed that Santos was closing into another victory in the division.

However, Grant Dawson had something else in his mind. He knocked out Leonardo Santos in the third round with only one second on the clock. The ground and pound to end the fight from Dawson were absolutely vicious and it just goes to show that he has a bright future in the lightweight division.

With seconds to spare in the fight, Grant Dawson secures a KO via ground and pound! 🔨 💥#UFCVegas22 pic.twitter.com/pMLIIJWuCt

With this win, Dawson is now 5-0 in UFC and he just keeps getting better. This fight was huge for him as his grappling skills were put to the test by Santos. After the win, Dawson did say that this was not one of his best performances and he intends to go back to the drawing board to get even sharper.

Dawson also issued a call out to UFC veteran, Clay Guida, which is very likely to happen. Dawson has so far beaten two fighters from Guida’s gym. Guida is coming off a win over Michael Johnson and a fight against Dawson certainly seems exciting.

"Grant Dawson, 4:59 of the third round and you get a knockout finish, how are you feeling man?" – @felderpaul

Apart from the call out to Clay Guida, Grant Dawson took a cheeky dig at UFC commentator, Paul Felder and called him out for not following him on Instagram. Well, after such a spectacular performance it’s needless to say that the fans are starting to pay attention to this lightweight prospect.