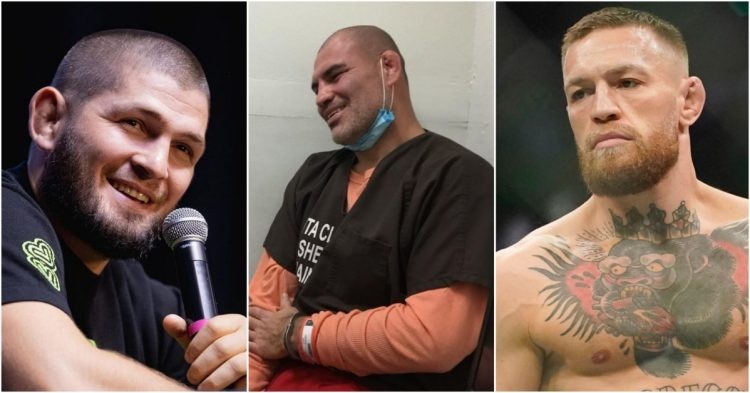 Cain Velasquez is the most searched UFC fighter of 2022. (Credit: Instagram)

Another eventful year in the world of Mixed Martial Arts (MMA) is about to come to an end. Conor McGregor signed his Hollywood debut movie, Alex Pereira dethroned Israel Adesanya to become the new UFC middleweight champ and Islam Makhachev continued Khabib Nurmagomedov’s legacy in the UFC. But, it was Cain Velasquez who was the most searched MMA personality in 2022.

Just before the end of the year, Google just revealed what trended on the internet in 2022. Surprisingly, former UFC heavyweight champ Cain Velasquez was amongst the Top 10 most searched athletes in the world! He was the 9th most searched athlete in the world. Tennis superstar Novak Djokovic topped the list, with fellow tennis players Rafael Nadal and Serena Williams ranking second and third respectively.

In 2020 and 2021. British boxing champ Tyson Fury was on the list. However, he drops out this year. 2018 was the last year when not only one, but two UFC stars were in the Top 10. Khabib Nurmagomedov occupied the 5th spot, while the first-ever UFC double champ, Conor McGregor was 9th on the list. So, for the first time since 2018, a UFC star features amongst the most searched athletes.

Why did Cain Velasquez beat Khabib Nurmagomedov and Conor McGregor on the list?

Fans may wonder why Cain Velasquez is on the most searched list, whereas UFC superstars like Conor McGregor, Jon Jones, and Khabib Nurmagomedov are not. It is important to mention, none of Jones, Nurmagomedov, or McGregor fought this year. Jones and Khabib’s last fights were in 2020. Conor, on the other hand, completed the last time in 2021.

So it is understandable that none of them are among the most searched athletes in the world. But, Cain Velasquez’s case is different. It is true that he did not fight in the UFC since his loss to Francis Ngannou in 2019. However, he dominated the headlines throughout the year because of his high-profile arrest. Cain was arrested on February 28th of this year.

However, it was not an ordinary case. The authorities charged him with an ‘Attempt to Murder’ case as Velasquez chased down a person by the name of Harry Gourate and reportedly fired off multiple shots. Hence, Cain was also charged with some gun-related offenses. So, why did Cain take such actions? Harry Goulrate allegedly molested his 4-year-old son in excess of 100 times.

The story went viral and the MMA world took to social media to show their support for Cain Velasquez. Now, it looks like not only the MMA community, the entire world took notice of the story. Khabib Nurmagomedov to Luke Rockhold, every big-name fighter showed their support for Cain. UFC President Dana White wrote an open letter to the judge to vouch for Cain’s character.

The story ultimately had a happy ending as Cain was finally discharged in November. After being denied bail for 3-times, Judge Arthur Bocanegra granted it in exchange for a $1 million bond. Cain was in the custody for more than 250 days, and his release was met with great reception by the fighters and fans alike.

What do you make of Cain Velasquez beating out Conor McGregor and Khabib Nurmagomedov to feature in the Top 10 most searched athletes in the world? Let us know in the comments down below.