Yes, it’s early to think on those lines. However, that’s just how dominant Valentina Shevchenko has been in the UFC’s flyweight division that every time an exciting new prospect put up an incredible performance, I am bound to think whether to not that contender has what it takes to dethrone the Bullet. Miranda Maverick took on Gillian Robertson in the main-card at UFC 260. 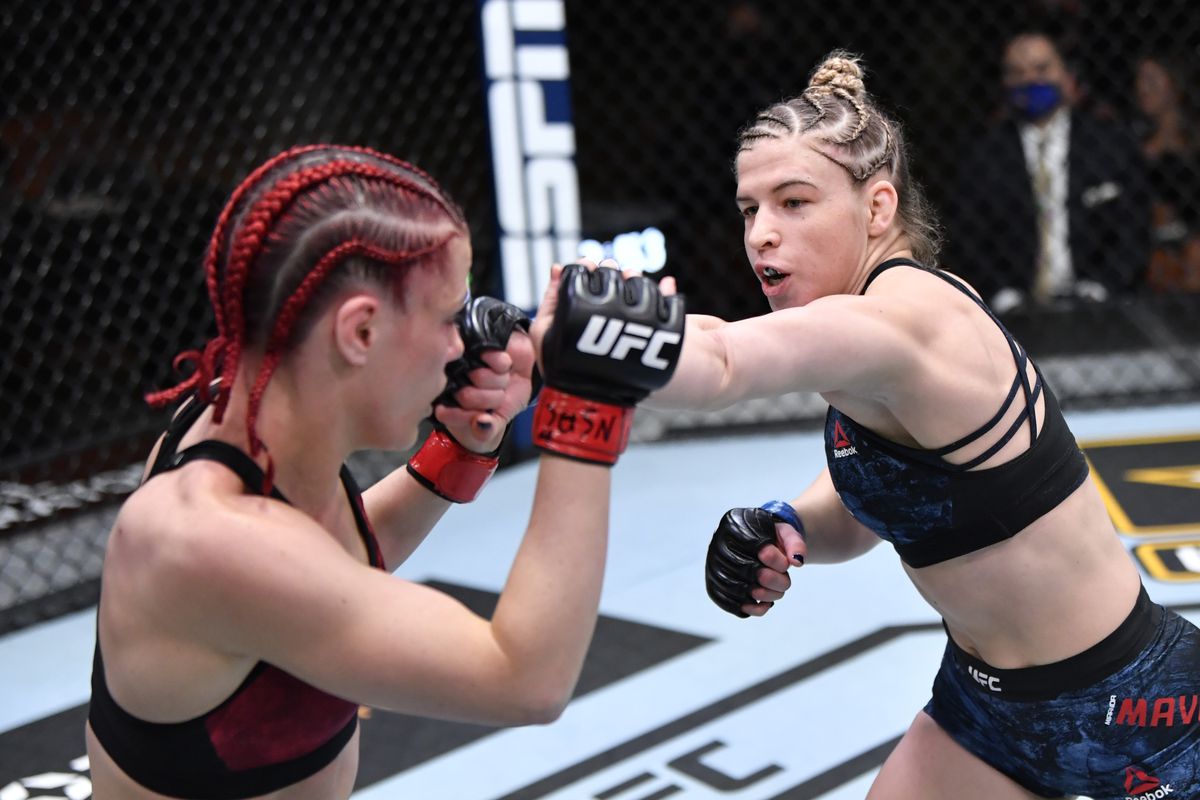 The match-up was earlier scheduled to take place in the preliminary card. However, it was pushed to the main-card after Alexander Volkanovski vs Brian Ortega got pulled due to the featherweight champ testing positive for the dreaded coronavirus. Needless to say, the match-up delivered with Miranda Maverick securing her second straight win inside the UFC Octagon in an emphatic fashion.

Valentina Shevchenko will go down as arguably one of the greatest women mixed martial artists of all time. The flyweight champion has been spectacular inside the Octagon, proving her dominance both on the feet and on the ground with multiple highlight-reel knockouts to her name.

Many have tried and failed to get her hands raised against Shevchenko. Needless to say, as other contenders climb the ladder in an attempt to dethrone Shevchenko, it remains to be seen, which fighter will hand Shevchenko her first loss in the UFC’s flyweight division.

Looking at today’s performance from Miranda Maverick against a seasoned fighter in the form of Gillian Robertson, one has to wonder if the American fighter has what it takes to beat Shevchenko.

Miranda Maverick has a huge frame for a flyweight contender. Maverick was once considered as the #1 fighter in the regional circuit, and the 23-year old is just getting better. As seen from her last performance, Maverick showed a great display of character and made extensive use of her incredible boxing skills all the while mixing her game well against a seasoned grappler like Gillian Robertson. 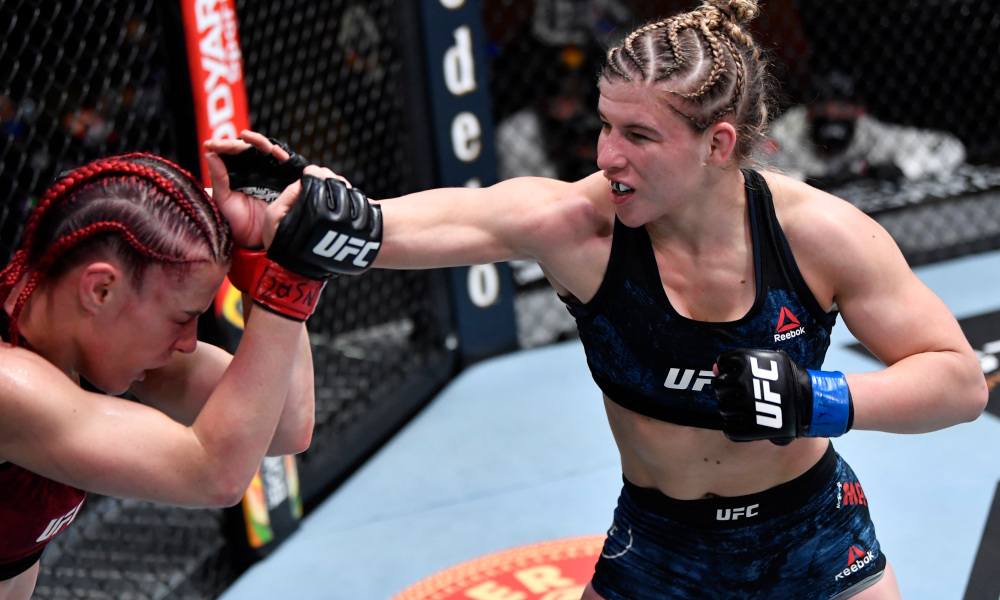 Gillian Robertson is a black belt in Brazilian Jiu-Jitsu, and needless to say, it was the character of the woman that Miranda Maverick is, that she not only dominated Robertson on the ground but landed multiple takedowns to pick up a comfortable unanimous decision win to secure her second straight victory inside the UFC Octagon.

It was a fast-paced three rounds from both the contender. Maverick also showed great cardio and stood face-front, ready to take the fight head-on, in what can only be a testimony of what Maverick aims to bring whenever she steps inside the Octagon.

She will need a couple more wins against top-10 contenders to get her chance at the flyweight gold, the future looks great for one of the brightest prospects in the UFC’s flyweight division right now!