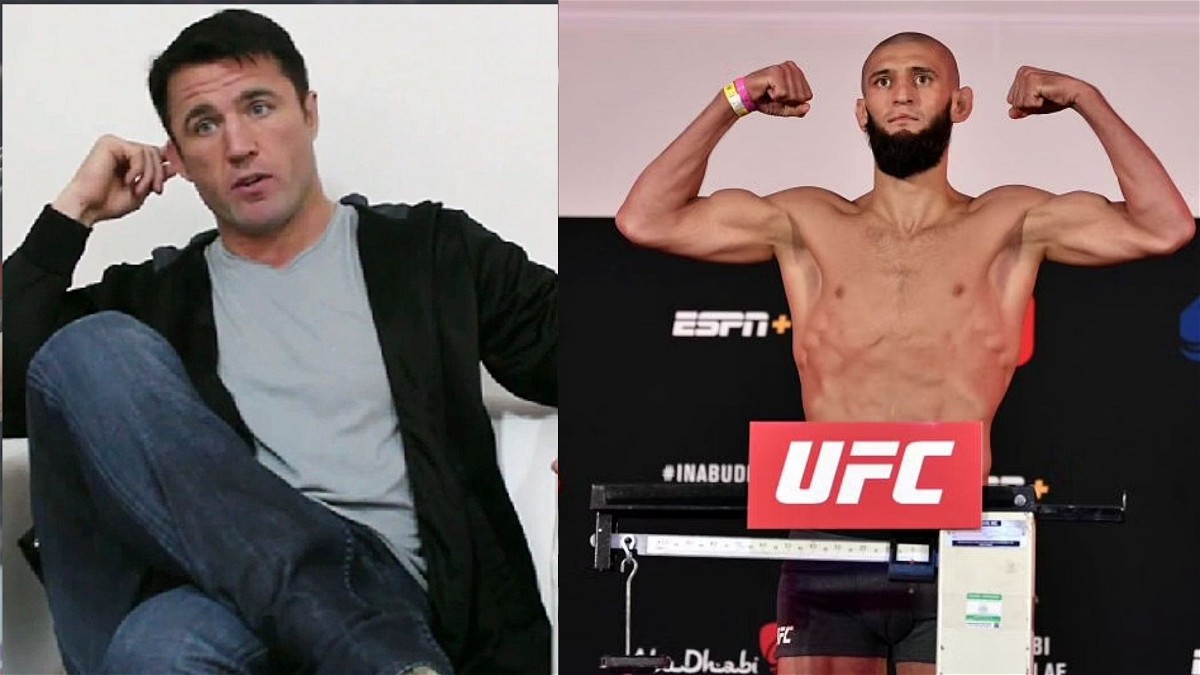 Chael Sonnen is currently enjoying his retirement by posting UFC-related videos about fighters and events on his YouTube channel. One of the most talked-about fighters in his YouTube playlist is Khamzat Chimaev. And this continues in his latest video as well.

Recently Sonnen posted a video about Chimaev in which he discussed the fighter’s weight class and actual weight while not fighting.  The former UFC superstar explained why Chimaev is competing in the welterweight division and what could happen in the future.

Sonnen suggested that with time fighters will grow in weight and that puts Chimaev on a good spot. Sonnen revealed that currently Chimaev is fighting at 170 lbs but originally he walks around at 181. According to Sonnen, the highest the Chechen has gone in terms of weight was 188 lbs.

“As human beings, we don’t get smaller, we get bigger.  He is in the right order, he’s going 170 but it is also relevant.  Because the most that he’s ever weighed in his career… the most he ever got on a scale set is 188 pounds. But that was the most he’s usually around 181,” said Sonnen.

In the past ‘The Borz’ has fought fights in the middleweight and defeated them very easily. For example, his fight with Gerald Meerschaert at UFC Vegas 11 was a middleweight bout. But according to Sonnen, Chimaev should remain at welterweight for now. And with time he might look into moving up a class.

Chimaev has already shared his interest to become the champion in multiple weights and has even called out middleweight champion Israel Adesanya. The fighter wants to beat Kamaru Usman first then go for Adesanya as soon as possible.

Before winning the welterweight belt, Chimaev will have to take care of what’s in front of him. His next opponent is going to be the powerful Brazilian, Gilbert Burns.

The fight got materialized after Chimaev called out Burns on his YouTube channel and Burns replied back through a tweet. The fight is scheduled to take place at UFC 273 and the fight fans are extremely excited to see the bout.

What’s interesting is Burns comes in the group of elites when it comes to wrestling. Khamzat being a wrestler will face his toughest opponent by far in Gilbert Burns. Burns will show the world  Khamzat’s real skills and potential. So, don’t miss the fight on April 9.