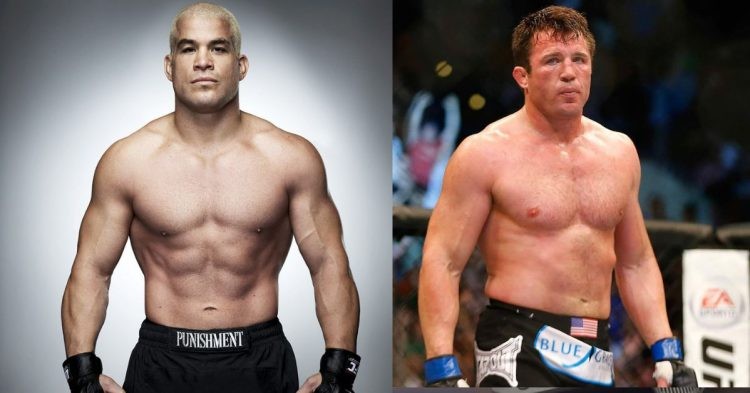 Around six years ago, an iconic rivalry between Chael Sonnen and Tito Ortiz finally got settled at Bellator 170. Ortiz emerged victorious in a shortly contested bout, submitting Sonnen under two minutes of the very first round.

Now, it seems like Ortiz and Sonnen will be squaring off once again inside the octagon. In a recent appearance on the The Adam Carolla Show, Ortiz broke the news, he said “I’ll be competing one last time at the beginning of February. Tito Ortiz vs Chael Sonnen number two will be happening at Freedom Fight Night. In MMA, not boxing, at 205lb.”

The rivalry between Sonnen and Ortiz dates back to 1997 when these two competed in a different form of combat (wrestling), where Sonnen defeated Ortiz in just 44 seconds. Ortiz is a former UFC light heavyweight champion while Sonnen is often considered to be one of the best mixed martial artists to have never won a major MMA world championship.

Sonnen and Ortiz surprisingly never crossed paths in the UFC, one of the major reasons being the difference in weight class. While Sonnen fought in the middleweight division for most part of his career, Ortiz was a regular 205-pounder.

It’s pretty clear that Ortiz and Sonnen aren’t the youngest fighters around. In fact, 45-year-old Chael Sonnen is not an active fighter anymore. He announced his retirement back in 2019 after suffering a second-round TKO loss to Lyoto Machida.

Ortiz, 47, on the other hand, has shown some activity inside the cage, fighting UFC legend Chuck Liddell (winning via KO) and WWE superstar Alberto Rodriguez (winning via RNC) in this six-year period.

You neve know what to expect from these type of fights. After all no one really asked for it. Both fighters are way past their prime and are almost nearing the 50 year mark.

Although there is some real animosity between these two, in the build-up to their first fight in Bellator, there were some serious verbal exchanges and both of the fighters publicaly expressed their disliking towards each other. Sonnen is widely considered as one of the best trash talkers ever in the game, so we are certainly up for some interesting pre-fight build-up.