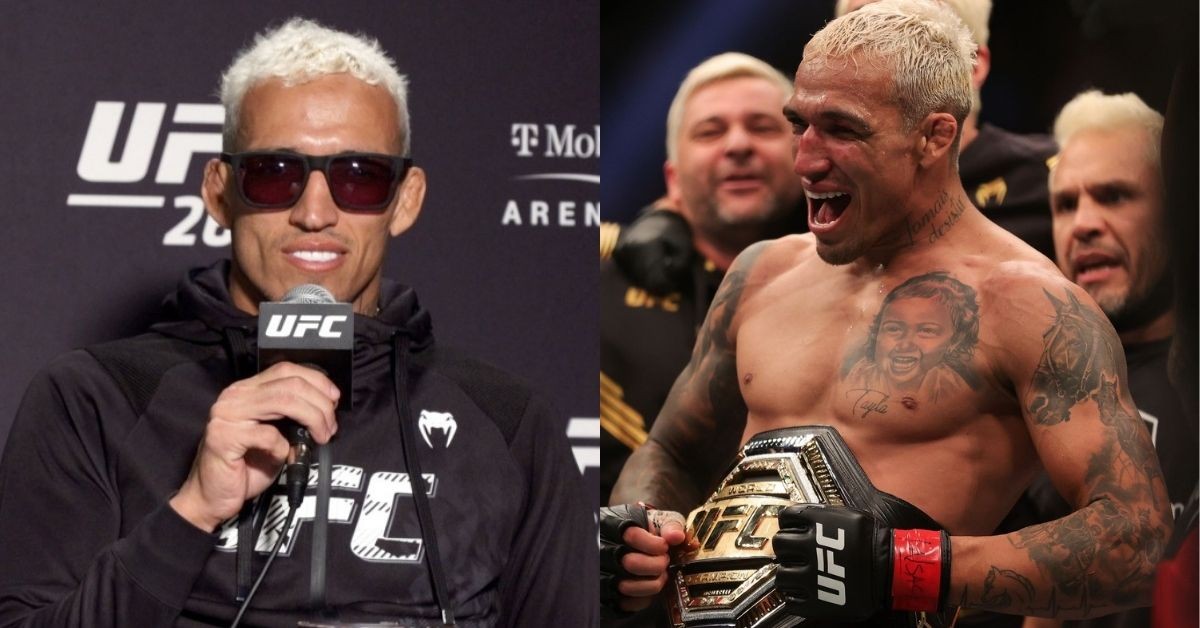 Charles Oliveira will return inside the ring this weekend to defend his lightweight title against Justin Gaethje in the main event of UFC 274. The Brazilian fighter is on the back of an impressive submission win over former interim champion Dustin Poirier at UFC 269.

However, he has to overcome a new challenge in the form of Gaethje who also picked up a terrific win over Michael Chandler in his last bout. It is needless to say that fight fans are highly excited for this big clash between these two hard-hitting lightweights.

Consequently, as we are inching closer to this highly anticipated matchup, the lightweight champion Charles Oliveira sat down for an interview with MMA Clips Brazil. During this conversation, the interviewer asked him when will he dye his hair next as his upcoming fight against The Highlight is nearing.

“It sounds crazy but I only do it on fight week to travel, on fight week I do it. Then the fans start saying “You still didn’t dye your hair? Where’s the Saiyan? It’s not going to work out if you do not”

“I was with some friend and out of now, here they started saying “You’re going to dye your hair, you’re going Saiyan style. I started mocking them: “I’m dyeing it blue. Let’s all dye it pink. They were incredulous and I said: “Pink or red”. They said green and I replied yellow. They said that everyone dyes it yellow and then suggested platinum. I agreed and we all dyed it platinum.

When did Charles Oliveira first start dying his hair in the UFC?

Charles Oliviera who was born in Brazil made his debut in the UFC in 2010. Until 2020, Do Bronx did not dye his hair and showed up to fights with a simple hair style. As mentioned above the reason behind him dying his hair was due to the suggestion from his group of friends who were also his teammates. 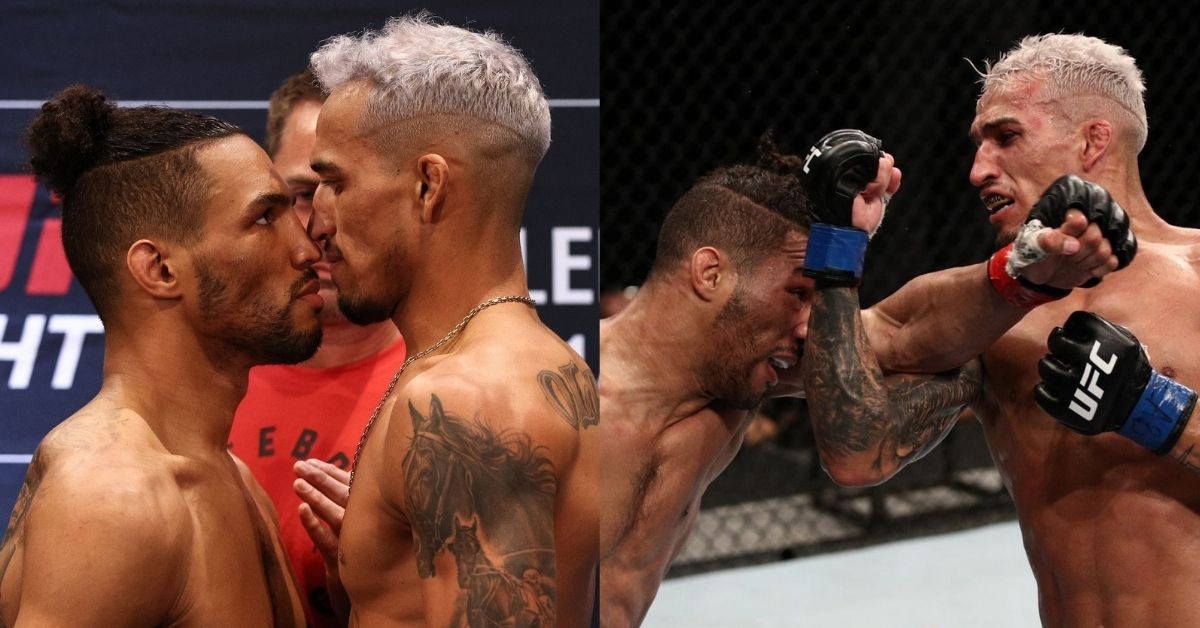 Thereafter Oliveira first dyed his hair platinum for his fight against rising contender Kevin Lee. In this bout, Do Bronx put on a show as he submitted Lee and extended his streak to seven wins. This became a trademark and the Brazilian lightweight continued dying his hair before his fights.

With less than a week left for his upcoming bout against Justin Gaethje, Charles Oliveira is back with his unique hairstyle color.