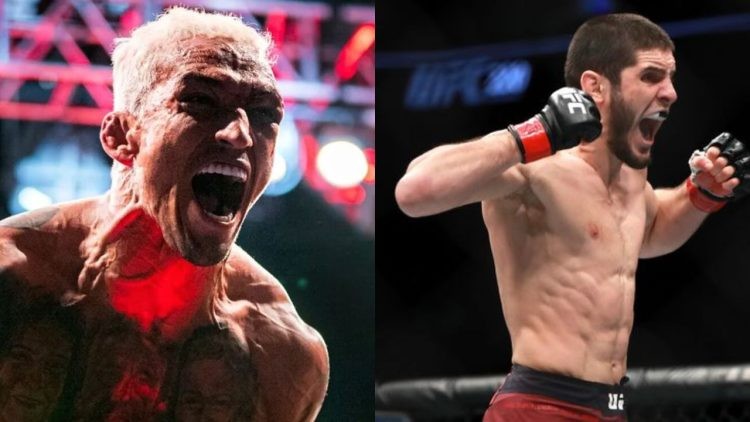 Charles Oliveira faces his toughest challenge yet as he takes on Islam Makhachev at UFC 280. After failing to make weight against Justin Gaethje, Oliveira was stripped of his Lightweight title. Hence, Charles and Islam will be fighting for the vacant UFC lightweight title.

According to many, the fact that the fight takes place in Abu Dhabi is an unfair advantage to Islam. Seen as the challenger to the throne, Islam should not be having the home advantage. Interestingly, Charles has revealed that Makhachev actually turned down the opportunity to fight in Brazil instead.

Recently, Oliveira’s coach Diego Lima spoke on a Brazilian podcast, giving his thoughts on the upcoming fight. As such, Lima is well aware of the threat Islam possess. “Man, Makhachev is a very good fighter. Oh, but he’s never fought a top five [opponent]. We’ve said it before and I say it again, he’s never fought a top five, but f**k it, the guy is tough, you know? The guy is good at striking, on the fence, and on the ground. The guy has good jiu-jitsu. So it’s like that, he’s a tough guy and it will be a big challenge, you know?”

However, Lima feels very confident about Charles‘ preparation for the fight too. “Charles is the better at striking on the ground, you know. Charles is the champion and he has the champion’s mind, right? So, this fight won’t end on points. Especially because Charles is a guy who seeks the knockout or submission all the time. Charles will knock him out or submit him in the first three rounds.”

Interestingly, Diego went beyond just assuring fans that this fight will not go to the judges’ scorecards. He predicts that ‘Do Bronx’ will either knock Islam Makhachev out or submit him within the first three rounds.

Charles Oliveira is ready to regain the UFC lightweight championship that he lost to the scale. Due to what many believe to be a faulty scale ahead of his UFC 274 bout with Justin Gaethje, ‘Do Bronx’ was stripped of his title. Now he must go through Khabib Nurmagomedov’s successor to do so.

Charles Oliveira will meet Islam Makhachev in the main event of UFC 280 on October 22nd. While Oliveira has looked as dominant in his last three fights, Makhachev is coming into his first pay-per-view main event with a 10-fight win streak, brimming with confidence and momentum.

Should Oliveira close out the fight in a dominant fashion, a potential super fight could be at hand. However, should Makhachev win, who do you think his first defense will be against? Leave your thoughts in the comments.