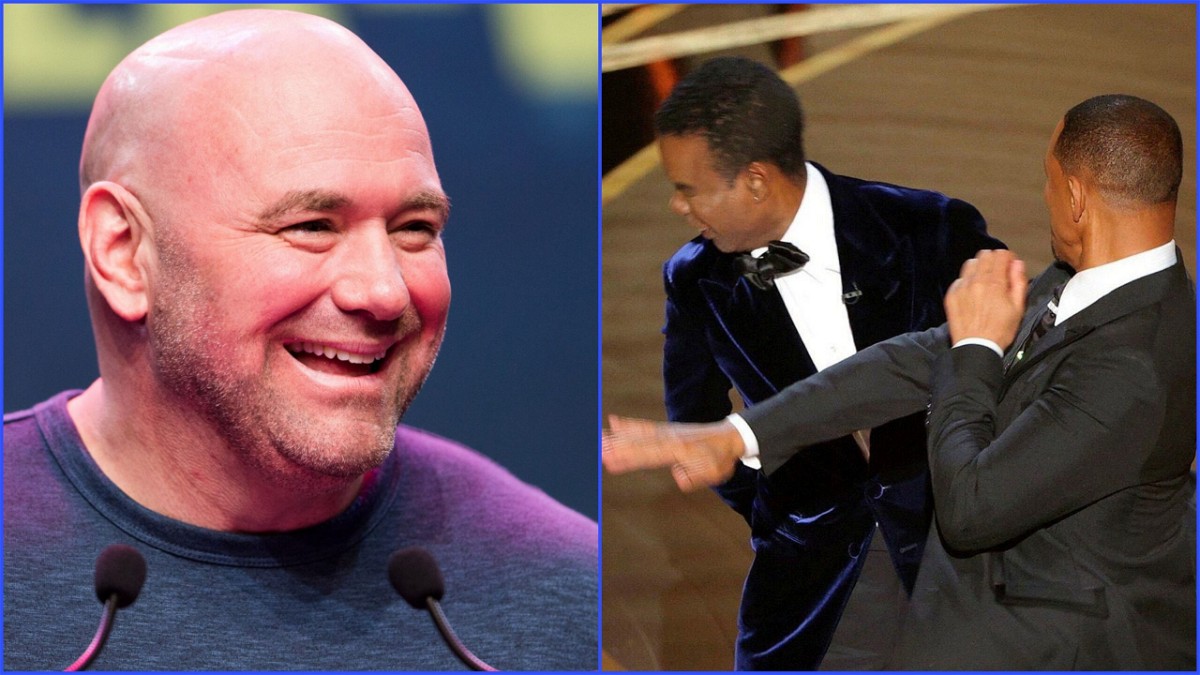 Will Smith just slapped comedian Chris Rock at the Oscars ceremony and UFC president Dana White is absolutely loving it!

The biggest dramas are usually reserved for the biggest stage of them all! So was the case in the recently concluded 94th Academy awards or commonly known as the Oscars. During a presentation of a category, veteran comedian Chris Rock made a joke which did not go down well with Will Smith.

Will Smith’s wife Jada Pinkett Smith is currently dealing with alopecia. She decide to shave her head last year and posted a heartfelt message on her Instagram.

Making a joke about her look, Rock said, “G.I. Jane 2. Can’t wait to see it!” Seconds later Smith stormed onto the stage and slapped the 57-year old comedian. As Chris tried to lighten the mood by saying, “Will Smith just smacked the sh*t out of me”, the 53-year old shouted, “Keep my wife’s name out of your fu**ing mouth!”

The ace comedian tried to explain the joke to Smith, but Will did not seem as if he was in the mood for any kind of elaboration. Chris Rock went on to call the incident, “the greatest night in the history of television!”

UFC president Dana White seemed to get a kick out of the incident. He posted a clip of the incident on his Instagram and wrote, “FINALLY!!!! There’s an Oscar’s show worth watching. AND (Chris Rock) has a chin.”

Despite being 57, Rock certainly has a good chin. Will Smith had a lot of formal boxing training for his role in ‘Ali.’ As the name may suggest, it was the biopic of legendary boxer Muhammad Ali.

Later in the night, Will Smith went on to win the very first Academy Award for his performance in the movie ‘King Richard’. In the movie, he portrayed the father of legendary Tennis duo Serena Williams and Venus Williams.

Former UFC middleweight champion and UFC Hall of Famer Michael Bisping reacted to the incident by calling Will Smith a legend.

Will Smith is a fucking legend.

Here are some of the other reactions:

Chris Rock got a chin

Anyone watching the #Oscars? Will Smith is a gangster for that one, Chris rock was the ultimate professional for the way he continued

Very hard to surprise me nowadays but watching Will Smith slap the shit out of Chris Rock is very surprising! I’m actually amazed that this happened. You could see the moment Will started to feel played

Colby and Chris rock crying with eachother “but It was just business” pic.twitter.com/RvlcO0rW1F

I’ll get you guys the scoop tune in Thursday pic.twitter.com/mgrbmGzyZb

Hey @chrisrock I got your back and you @ColbyCovMMA not so much. pic.twitter.com/XHsfyAaRAV