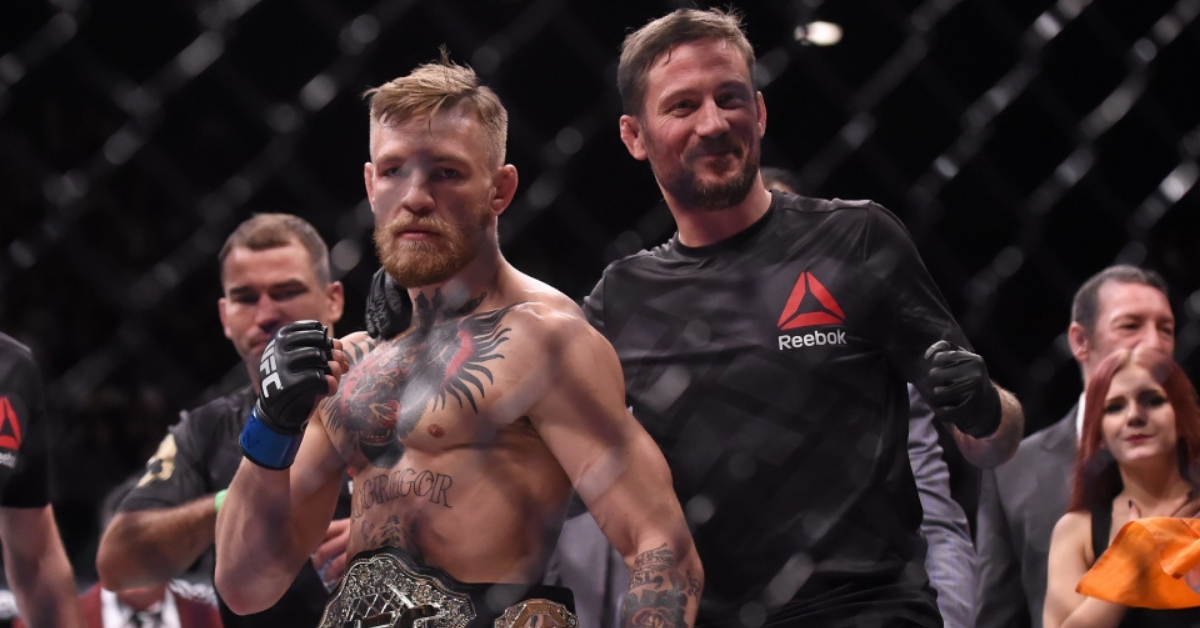 Conor McGregor and John Kavanagh have gone on to become one of the most credible and inspiring student-coach relationships in the world of mixed martial arts. Kavanagh’s influence on Conor McGregor has been so vital that he has become one of the most impactful voice as a coach alongside some of the best in MMA in the form of Firas Zahabi and Mark Henry. He is relatively more active on social media than the ones mentioned. During an interaction with Irish Independent, coach John Kavanagh revealed an interesting story about his early days with now-former dual champion Conor McGregor dating back to 2007.

"Conor McGregor announces 180km voyage with Princess Charlene of Monaco" – there was a time in my life that headline would have surprised me, not any more 🤷🏻‍♂️

Coach Kavanagh revealed a now looked back hilarious incident dating back to McGregor‘s early days of sparring in 2007 wit Kavanagh. Kavanagh revealed that McGregor dropped the now-strawweight champion Aisling Daly during a sparring session in the gym. Kavanagh stated that he got emotional because of his protective nature and unleashed a brutal beating on Conor McGregor.

John Kavanagh revealed that he beat Conor McGregor to a point where he couldn’t breathe any more after the incident. Speaking to Irish Independent he stated,

‘It sounds worse than it was. He wasn’t hitting her in the head or anything, but just happened to throw a body shot that hit her in the sweet spot, the solar plexus, and put her down.”

”I got a little emotional because Ais had been with me a long time and the other guys would look after her. But this new guy had come in and put her down, and my protective nature kicked in.”

Kavanagh stated that he was still active during that time and taught McGregor a lesson. However, he did indeed point out that McGregor was not intentionally trying to hurt Aisling Daly.

‘I was still fighting at that stage, or hadn’t stopped that long, so I put the gloves on – actually, he has corrected me on that and says it was bare knuckles.” Kavanagh continues, ‘But I held him down and beat the s**t out of him, without putting too fine a point on it. ‘I kept hitting him in the body until he couldn’t breathe and then I looked at him: ‘What’s it going to be? We can train or we can fight?’ And he was OK from the next day.’