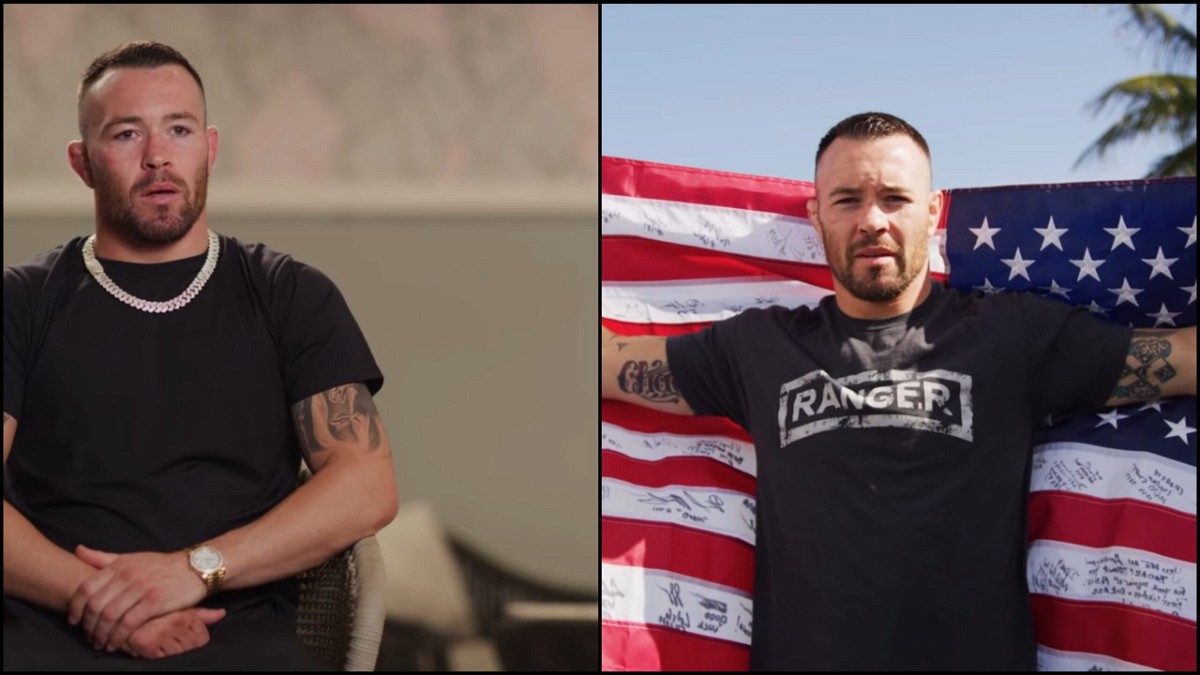 Colby Covington will carry a very special on his back during the walkout for his UFC 272 bout against the Florida native Jorge Masvidal.

The fight is less than a week away and buzz for the event is through the roof. UFC released the countdown video for the Vegas event two days ago. In that video, Covington was seen visiting a friend who is a Sergeant at the Miami Beach Police Department.

In the video, Colby greeted all the officers and thanked them for their services to the United States of America. He also did something similar during the UFC 268 fight week. The 34-year old gave a shout out to the New York Police Department (NYPD). He is carrying forward the tradition for this event as well.

This move can also be viewed as a dig towards his opponent this weekend. As mentioned before, Jorge Masvidal is a proud Miami citizen. Hence, going to his backyard and representing the Miami Beach PD is a great way for Covington to get under Masvidal’s skin.

Colby Covington: ‘I fight for the people who protect our freedom’

Colby Covington has always portrayed himself as a great patriot. He was a great admirer of the 45th president of the United States of America, Donald Trump. He has attended a lot of political rallies held by the former President. Covington has also visited the White House personally to thank President Trump. Talking about representing the men in uniform, ‘Chaos‘ said,

“The most important thing to me and who I fight for really is the people that protect our freedoms. Law enforcement, military, first responders. It just so happens that my good friend is the Sergeant of the Miami Beach Police Department. He was able to arrange some things to go see the K9 unit, to see the SWAT guys of Miami and just giving light and shine to the people that are the backbone of America.

‘You got some signatures of all the Miami Beach Police department. The SWAT, K9 unit, you know the motor unit. This is gonna be the flag that I walk out to the Octagon with. I’m gonna fight hard for them and make sure that they’re inspired as much as they inspire me.”

UFC 272 is scheduled to take place on March 6 in Las Vegas. The no. 1 ranked Colby Covington will fight no. 6 ranked Jorge Masvidal. However, the rankings do not matter for this fight as they will step inside the Octagon to settle a score and end the blood feud that has gone on over the years.