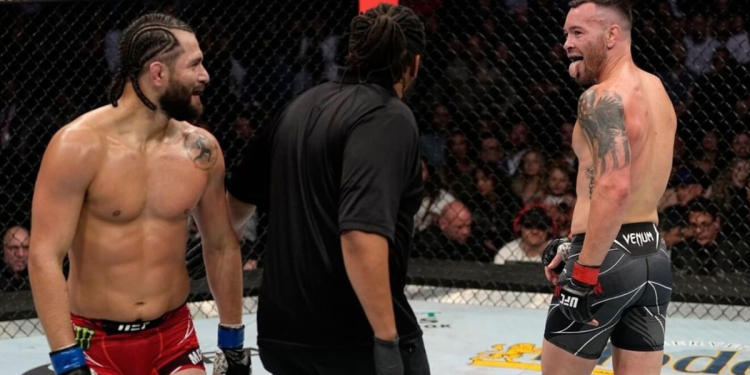 Fight fans might finally witness the long awaited grudge match between Colby Covington and Jorge Masvidal. If reports are to be believed, Colby Covington revealed to boxing journalist Chisanga Malata that UFC is working on the grudge match in December this year. Covington stated, “It’s looking like, hopefully, around December. And we’re going to settle a Miami beef. Who’s gonna find out who is the king of the 305.”

JUST IN: Colby Covington has revealed a grudge match with Jorge Masvidal is in the works:

“It’s looking like, hopefully, around December. And we’re going to settle a Miami beef. Who’s gonna find out who is the king of the 305. 1/3 #UFC pic.twitter.com/ZrEjbLG9Cc

Soon after his emphatic win over Tyron Woodley, Colby Covington called out former title contender Jorge Masvidal to finally settle his long standing beef with his former training partner and friend Gamebred Masvidal. Covington looked spectacular against former Champion Tyron Woodley, becoming the first fighter to grab a stoppage victory over the former Champion. Covington’s emphatic return to the octagon after 5th round TKO loss to Kamaru Usman brought the attention of many to the new version of Colby Covington, including Donald Trump. 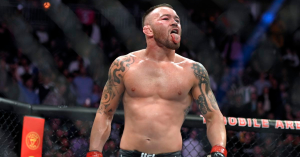 Colby Covington looked furious as he called out Jorge Masvidal and Kamaru Usman. In the post-fight press conference, Covington stated, “And speaking of spineless cowards, ‘Marty Fakenewsman’ ‘Street Judas’ we got unfinished business. There’s nowhere to run and there’s nowhere to hide. I’m coming for you. You’re next.”

“His drug of choice is winning and that’s my drug of notice.” 3/3

Should @ColbyCovMMA faces Masvidal or Usman next!? 🇺🇸 #UFCVegas11 pic.twitter.com/IUgTUByyAO

Earlier, Dana White revealed that UFC is looking at Jorge Masvidal vs Nate Diaz rematch for the symbolic BMF belt. However, fights fans believe that the grudge match against Covington makes the most sense. Masvidal is fresh off a loss against Kamaru Usman and will look to jump back to winning ways. Additionally, win over Nate Diaz might not get Masvidal his title shot, something Gamebred would be looking for after failed attempt at the title shot early this year.

With a lot of anticipation behind this match-up, there’s an argument to be made that this could well be the biggest fight of the year. Covington’s beef with his former teammate, friend and trainer Jorge Masvidal has been the tale of UFC Welterweight division for quite some time. Covington could be looking at settling another beef, however, it’s safe to assume the genuine hatred between both the fighters will continue to be.

Verbal Agreement in Place for Conor McGregor vs Manny Pacquiao