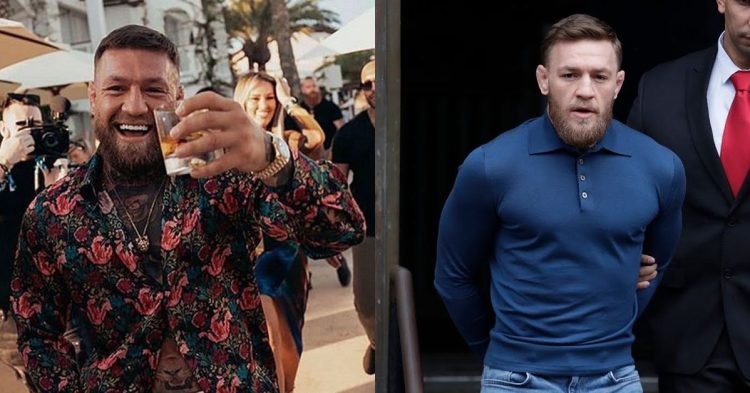 Conor McGregor is once again among the headlines for something he did. The Notorious One is being investigated by law enforcement for allegedly attacking a woman aboard his yacht in Ibiza. Spanish news outlet Majorca Daily Bulletin reported that the incident occurred sometime in July 2022.

McGregor then reportedly kicked her in the midsection and proceeded to punch her and threatened to drown her. In her statement, she said, “It was as if he was possessed. I knew that I had to get off the boat because I thought that he was going to kill me. … We have mutual friends and I have met him numerous times.”

“I can’t believe what he did to me. He is a criminal. I think he would have killed me if I hadn’t got off the yacht,” she continued. The victim alleged that the UFC star’s behavior caused her to jump off the boat and flee to the nearby Formentera island. The victim initially did not want to file charges when questioned by Spain’s Civil Guard Police and stated that she wanted to return to Dublin.

However, once she returned to Ireland, she pressed charges against The Notorious. Her statement has led a court in Ibiza to reopen the inquiry into this matter. And now, the alleged incident is finally under investigation. The Irish Police refuse to comment on the details of this case.

Who is the woman allegedly attacked by Conor McGregor? Why was she on board his yacht in July?

The woman attacked by the former double champion is no random stranger to him. The supposed victim belongs to the same Dublin neighborhood as The Notorious. The 42-year-old woman claims that she had known McGregor before he was famous.

According to her report, she went on the yacht after attending Conor’s birthday festivities on July 16, 2022, at the Ocean Beach Club. She said in her statement that after partying with Conor in the club’s VIP section, she went with Mcgregor and some others to his yacht. This is when things went awry as Conor allegedly started insulting her appearance.

Karen Kesler, a spokesperson for the Irishman said, “Mr. McGregor is steadfast in his denial of all the accusations made by a guest on his boat.”

Such serious accusations may end up throwing a wrench into Conor’s plans for a comeback. Several fighters have called him out, most notably, “Iron” Michael Chandler. McGregor’s long-time rival, Jose Aldo called for him to fight fellow Brazilian, Charles Oliveira.