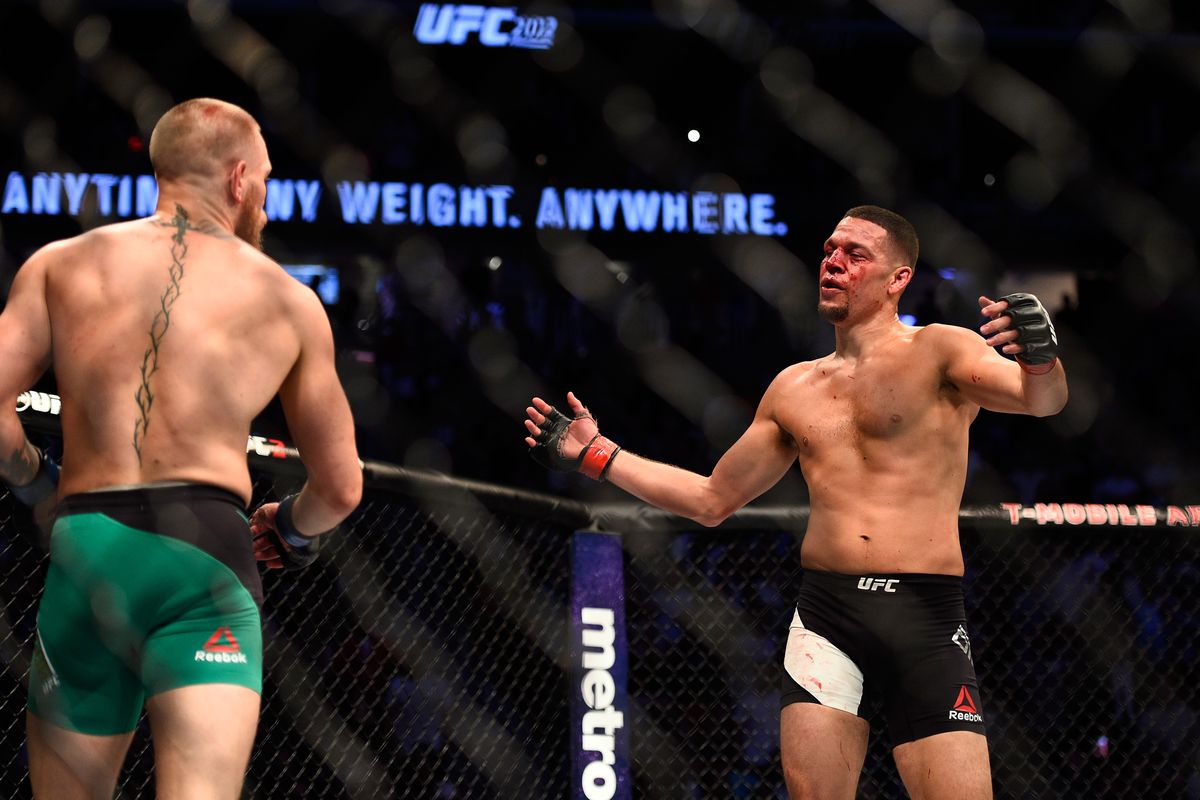 A fighter’s stock could rise despite a defeat. Nate Diaz is the perfect embodiment of that notion. He is coming off two back to back defeats against top welterweight contenders such as Leon Edwards and Jorge Masvidal. Despite that, he continues to find himself at the centre of the headlines. The recent rumours of him fighting Dustin Poirier are still very much in the news cycle.

Nate Diaz’s last victory came against Anthony Pettis on UFC 241. However, in his following two fights, Nate was utterly dominated by his opponents. But somehow he found a way to save face. In the Masvidal fight, he placed the blame on early doctor stoppage. But in the Leon Edwards fight, he redeemed himself by hurting Leon in the final seconds of the fight. The welterweight fighter has recently gone back and forth with Conor McGregor, Dustin Poirier and Jorge Masvidal. That has prompted the fans to speculate on what the future holds for the younger Diaz brother.

The McGregor Trilogy is a possibility for Nate Diaz

Conor McGregor and Nate Diaz are arch-nemesis. The rivalry started when the 36-year old called out the Irish fighter after Diaz’s victory against Michael Johnson. The call-out became so iconic that the fellow fighters still quote it to this day. At that time, Conor was getting ready to fight Rafael Dos Anjos. The Brazilian fighter was the 155 lbs champion at the time.

As a result of an injury, Dos Anjos pulled out of the fight and Nate Diaz stepped in to replace him. McGregor and Diaz fought on UFC 269 and it marked the first UFC loss for Conor. The pair ran it back immediately on UFC 202 and this time the Dublin based striker pulled out a close victory via majority decision.

The fans have long clamoured for a trilogy. But a long time has passed since the last time they fought. The entire landscape of the organization has changed. Both Conor and Nate are on the decline. So is this the perfect time to book the trilogy fight? Nate seems to disagree.

However, UFC president Dana White is up for it. In an interview with ESPN MMA, he was asked whether he will be interested in booking the fight. To answer that question, White said, “[That fight is] always there. That fight could happen, you could make that fight [in 2022]. There are a lot of fights you could make for Nate Diaz, but Nate Diaz has to want that fight.”

At the moment, Nate Diaz only has one fight left on his contract. It will be interesting to see who Nate fights as the last fight of his UFC contract. With a lucrative Jake Paul fight lurking around the corner, He might not re-sign with UFC altogether.