The main event of UFC 267 featured a mouth-watering title clash between Jan Blachowicz and Glover Teixeira. Coming into this fight, both the light heavyweight fighters picked up a dominating victory over their opponent.

The Polish fighter completely dominated Israel Adesanya in his last fight to hand the middleweight champion his first and only MMA loss. Meanwhile, Glover picked up a third-round submission victory over Thiago Santos.

So far this pay per view had delivered some mind-boggling contests. Consequently, all the fans watching this event were expecting a close title fight between Blachowicz and Teixeira. However, it wasn’t a close affair as Glover Teixeira who is 42 years old showcased some exceptional grappling skills to defeat Jan Blachowicz in the second round of the fight.

Getting into the details of the fight, Glover landed a quick takedown in the first round of the fight. Thereafter the Brazilian fighter controlled Blachowicz on the ground throughout the first round. Later in the second round, Glover and Jan traded some shots. Subsequently, during one of the exchanges, Teixeira stunned Jan with a beautiful left hook.

42-year-old Glover Teixeira gets the submission in the 2nd and is the new champion ???? #UFC267 pic.twitter.com/3NImzmwd40

After getting stunned, the light heavyweight champion made the mistake of trying to lock in the Kimura. Glover took full advantage of this mistake and locked in the rear-naked choke to win this title fight in the second round.

With his submission victory over Jan Blachowicz, Glover Teixeira created history as he became the oldest ever fighter to win a UFC title for the first time. Following his light heavyweight title win at UFC 267, several fighters like Conor McGregor, Francis Ngannou and many more congratulated him on Twitter.

So let us take a look at some of the tweets by these distinguished fighters. 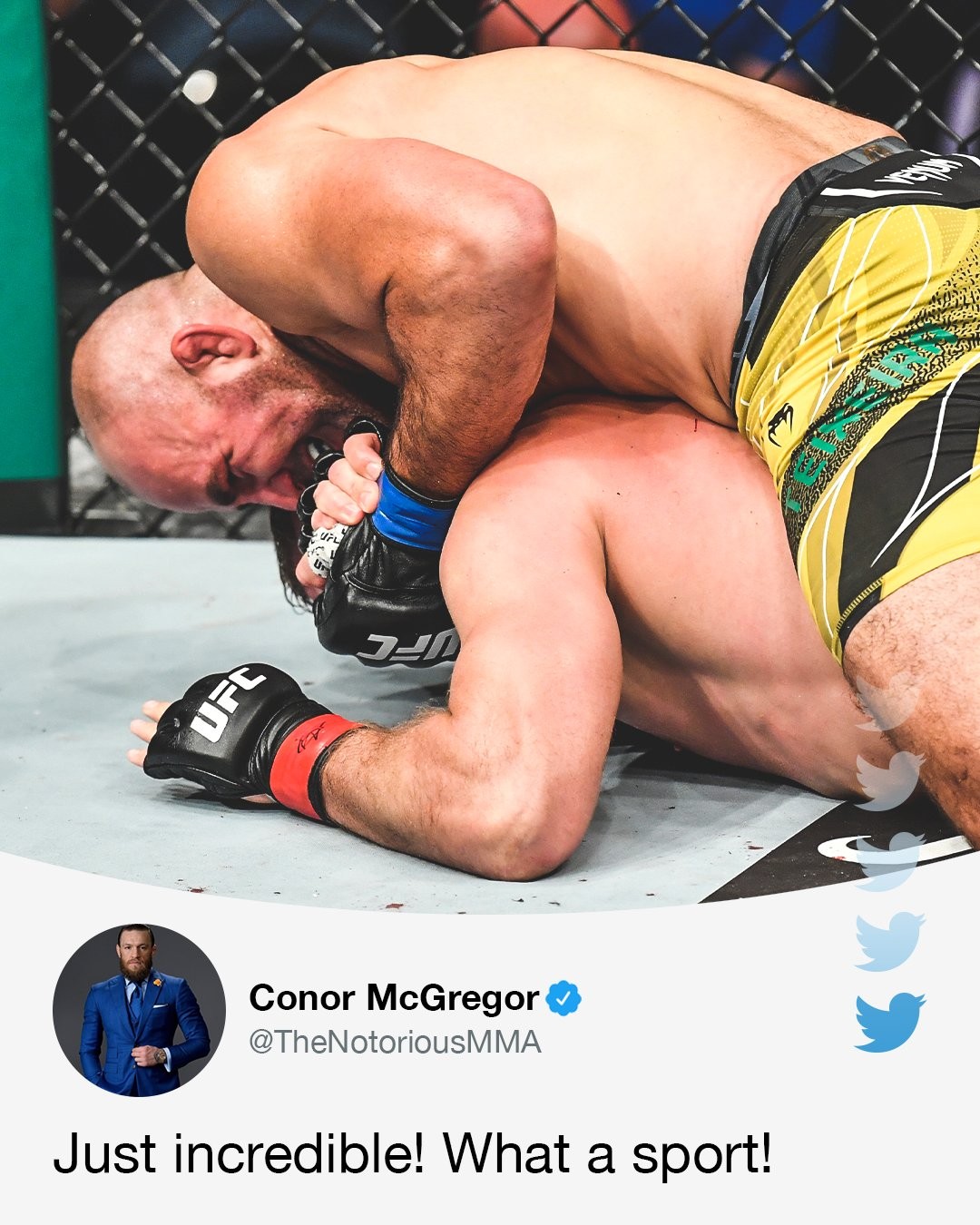 That is awesome to see @gloverteixeira get the strap.

The Brazilian fighter’s title victory at UFC 267 will certainly inspire many fighters in the future. So comment below your thoughts on Glover Teixeira’s brilliant submission win against Jan Blachowicz.