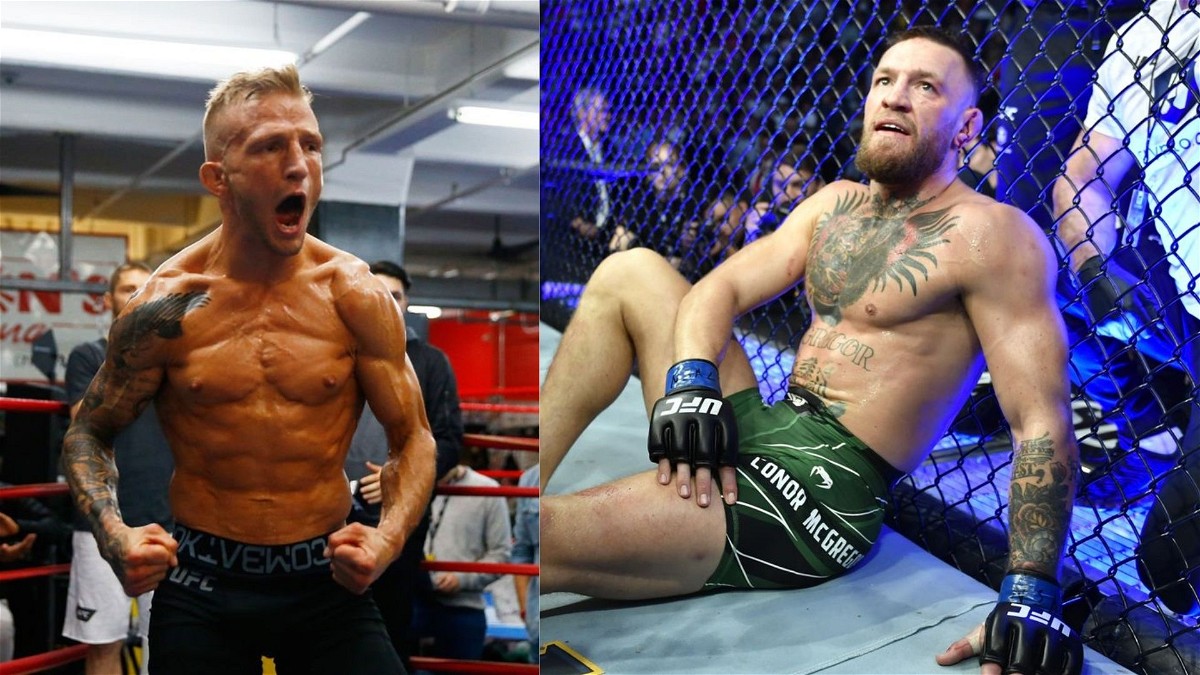 Former UFC bantamweight champion, TJ Dillashaw makes his much-anticipated octagon return in the main event of UFC Vegas 32. He takes on the number one title contender in the division in Cory Sandhagen.

This is going to be a tough fight for TJ Dillashaw for multiple reasons. Dillashaw will have the pressure the prove the critics wrong who belittle all the achievements of Dillashaw because of the failed drug test.

Dillashaw believes that he is the villain going into the fight against Cory Sandhagen and he would have gotten booed by the fans had there been a crowd in the arena. But, Dillashaw is not alien to this atmosphere. He believes he was the villain in his fights against Cody Garbrandt as well and he blames Conor McGregor for it.

During the Ulitmate Fighter 2015, Conor McGregor called out TJ Dillashaw for changing his camp and even called him a traitor or “a snake in the grass”. And Dillashaw believes that’s why the fans considered him a villain going forward. TJ explained:

However, TJ Dillashaw is looking to put all that behind him with a win over a very tough opponent in Cory Sandhagen. If Dillashaw beats Sandhagen then he is going to fight the winner of Petr Yan vs Aljamain Sterling 2 and he will have an opportunity to erase the PED controversy from his extraordinary UFC career.