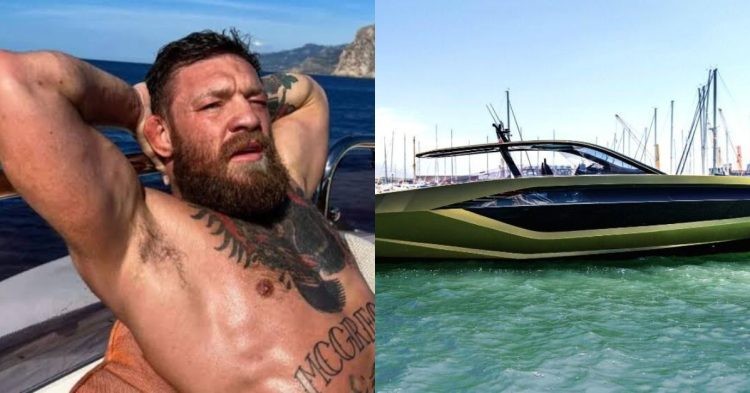 Former UFC champion Conor McGregor has been in the headlines for the last couple of days and he is not making the right noise. Owing to the fact that he posted an NSFW video of Dee Devlin on his Instagram story and consequently, a lot of fans criticized him for disrespecting his wife.

A few hours ago, as per a report from BJ Penn, the police are investigating an alleged assault of a woman at the Notorious’ yacht. This incident took place in Spain on July 17th at Conor McGregor’s birthday party that was held at a $4 million Lamborghini Technomar yacht.

The 20-year-old woman has claimed that she suffered several injuries from the assault at Conor’s luxurious yacht. As of now, there is no information about the victim’s name but as per the report, she suffered a bruise and a head trauma.

The victim has filed a complaint and subsequently, the Spanish investigator has given a statement where he has updated the entire situation.

“A woman from Ireland has now officially made a complaint in relation to an alleged assault when she was on Mr. McGregor’s yacht… Documents have now been sent from Ireland to Spain… When the woman was in Spain, she didn’t sign anything because she was determined to get home… The authorities in Ireland will be assisting their colleagues in Spain in this investigation.”

The Spanish law agency has also confirmed that Conor McGregor is not involved in this assault allegation. Fortunately, the Irishman will not be in major trouble regarding this incident.

This is not the first time that Conor’s name has grabbed the attention of fans around the world for the wrong reasons. Because Conor McGregor almost got into a fight during his wild Ibiza birthday party earlier this year after a fan threw a hat toward him.

Besides, a few years ago, The Notorious assaulted an old man at a pub in Dublin after the defendant refused to take a shot of Proper Twelve. He was also involved in a verbal altercation with popstar MGK earlier this year and the two almost clashed heads at the VMA’s.

These are just a few incidents which have resulted in Conor McGregor receiving a lot of backlash from fans and rivals on social media. It is needless to say that this recent allegation will tarnish his reputation given that the incident took place at his yacht.