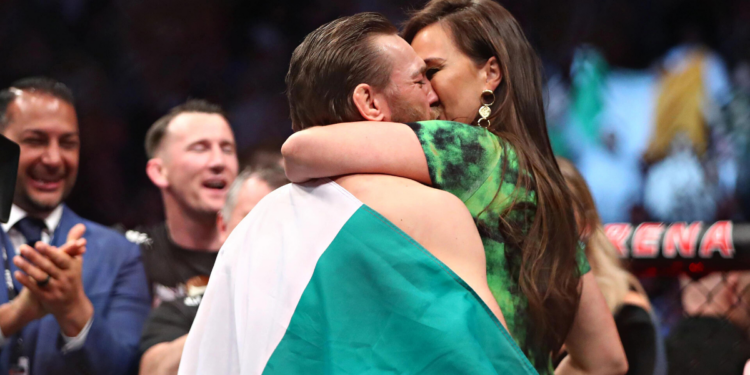 Sláinte to @deedevlin1 & @thenotoriousmma! He put a proper ring on it 💍🥃 pic.twitter.com/3SlcenknBU

“My girlfriend worked very hard throughout the years and stuck by me when I had essentially absolutely nothing,” Mcgregor said, “I only had a dream that I was telling her. For me to be able to take her out of work, give her everything she’s ever wanted, and to travel the world with her fills me with pride. It keeps me going.” McGregor said in an interview with The Mirror.

McGregor shared his happiness again on Twitter as he penned down a heartfelt note for his future wife. McGregor took to social media to thank Dee Devlin for her support throughout McGregor’s career. The Notorious One hailed his future wife for always sticking by him, and never giving up on the former dual champion.

Earlier, Conor had praised Devlin’s father for his support on Father’s Day. McGregor took to Instagram, and shared a lovely photo with his kids alongside Devlin and captioned, “Happy Father’s Day to all the father out there, especially my own father and Dee’s Da.”

In another post posted on MacLife, Conor McGregor praised his longtime partner Dee Devlin for her continued support. McGregor captioned, “We lived in Ireland, 30 km from Dublin, in a rented apartment on the €188 unemployment benefit. I had no job because I spent all my time in the gym. I believed that I would be the champion, and she always did, too. She believed in me. Despite the lack of money, Dee Devlin tried to get me to eat right and always keep my daily regimen. She dedicated herself to it. Coming home after an exhausting training session, she always said, ‘Conor, it’s okay, you can do it!’”