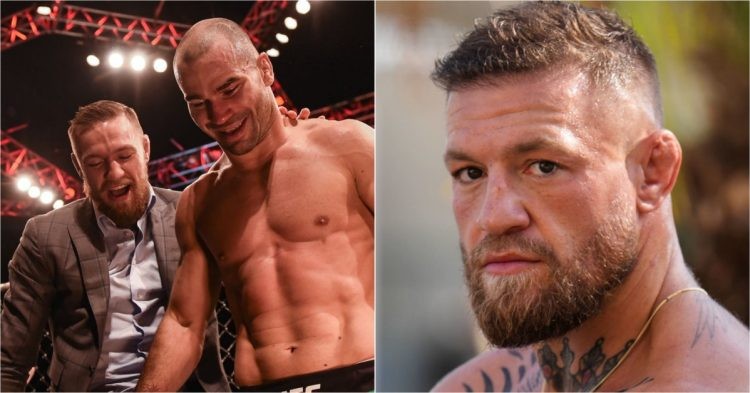 Mixed Martial Arts (MMA) fans had their hearts broken recently as Artem Lobov sued Conor McGregor. The two were best of friends and have stuck by each other for many years now. However, Artem decided to sue Conor over a dispute regarding Conor’s whiskey brand Proper 12.

In 2018, Conor McGregor launched his own line of whiskey. He named the brand Proper 12, which is an homage to his heritage. The Notorious one promoted the brand heavily during his UFC 229 fight against Khabib Nurmagomedov. The product become incredibly profitable over the years. It turned in a reported profit of around $600 million when Conor sold the brand in 2021.

However, that is the origin of the dispute between Artem Lobov and Conor. After the incredible success of the brand, Lobov came forward with the claim that he was the mind behind the idea. As a result, he now wants 5% of the total amount for which Conor McGregor sold the company. After the report, McGregor’s spokesperson labeled the claims “false”.

But fans were eagerly waiting to see what Conor’s reaction was going to be. They finally get their answer as Conor posts a clip on Twitter where he said, “Artem is a rat,” and seemed to make a catchy tune out of it.

Conor McGregor has been a big ally for Artem Lobov. Artem was responsible for the most high-profile and heated rivalry in MMA history. Artem had an altercation with Team Khabib leading upto UFC 223 fight week. It led to Khabib Nurmagomedov slapping the Russian fighter. However, once Conor got the wind of it, he flew into the USA and confronted Khabib Nurmagomedov.

It resulted in the infamous incident where Conor threw a dolly at Khabib’s team bus. Not only that, but Conor also played a big part in introducing Artem Lobov to the UFC audience when Lobov was a part of The Ultimate Fighter (TUF) season 22. Both fighters are from SBG Ireland and developed a close bond. However, Artem suing McGregor has effectively put an end to their friendship.

Fans online are also taking Conor’s side on the issue. While some suggested that Conor should have never involved himself in the Khabib dispute, others implied that friendships in the sport of MMA do not last forever.

No friends in the industry

Should’ve left him to the wolves. pic.twitter.com/hFeHMpofcl

At the moment, the Dublin native is busy with his debut Hollywood movie “Road House.” Conor has stated that he would focus on his fighting career after that. McGregor also revealed that he would re-enter the USADA testing pool in February 2023. So it looks like the 34-year-old will be back in action after almost 2 years of breaking his leg at UFC 264.