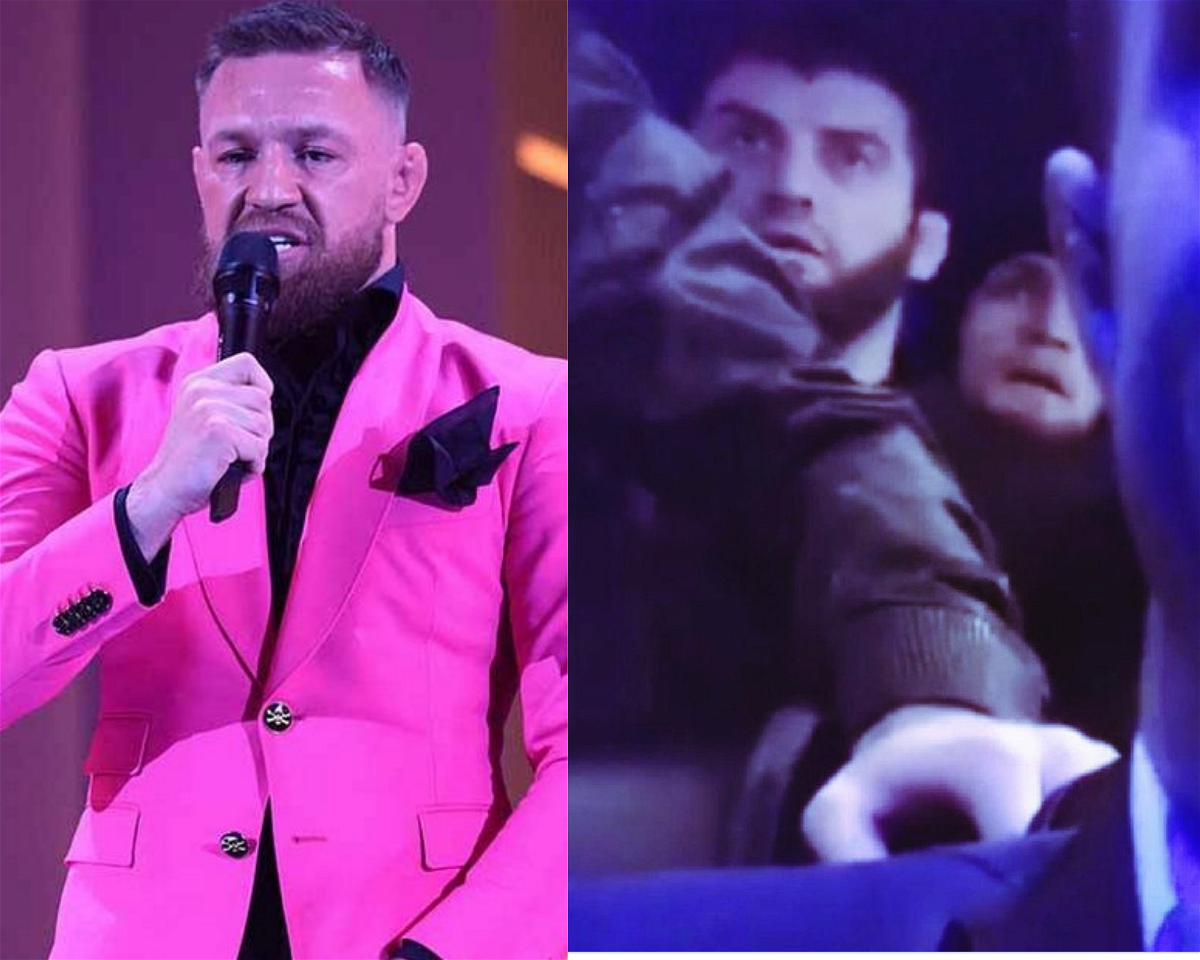 Conor McGregor and Khabib Nurmagomedov share a bitter rivalry with each other. There is tremendous animosity between the two fighters and they always have something harsh to say about each other.

In the recent months, the Irishman has taken a jibe at Nurmagomedov on several occasions. Consequently, Conor McGregor has once again taken shots at Khabib on Twitter. A few moments ago The Notorious posted a picture of Khabib where he was sitting in a bus during the controversial dolly incident that took place in 2018.

In this tweet, The Irishman mocked the Russian for being scared during this whole dolly incident. He captioned this tweet Bastrykin! “Where is Khabib’s “shit in his pants medal” ? He need this for shit his pants 10 rows back. ????????

For everyone who are not aware of what this tweet meant and to put things into perspective. This image takes us back to a controversial incident that took place between Conor McGregor and Khabib Nurmagomedov after UFC 223. This controversy started after Artem Lobov engaged in a heated altercation in a hotel lobby.

During this confrontation, the former lightweight champion slapped Lobov. Thereafter Artem Lobov called up Conor and the Irishman brought a bunch of people and showed up at the Barclays Center. McGregor and his group threw a steel dolly at a bus filled with UFC fighters and Khabib Nurmagomedov. Several fighters were injured during this incident that sparked a big uproar.

When will Conor McGregor return in the UFC octagon next?

Conor McGregor suffered a horrific leg injury in the trilogy fight against Dustin Poirier at UFC 264. Three months have passed since that incident and the Irishman is going through a recovery phase. Consequently, UFC President Dana White was asked about the return of the Notorious during one of the recently concluded press conferences. Dana White indicated that McGregor will be back sooner than expected. And he said that the Notorious is healing up pretty well. The UFC president also hinted that Conor McGregor could return for his next fight at the end of the year on one condition.

If the Irishman manages to start kicking again then fans will be able to witness a McGregor come back this year. This is great news for all fight fans as Conor is healing quickly. Comment below who you think should be Conor McGregor’s next opponent.