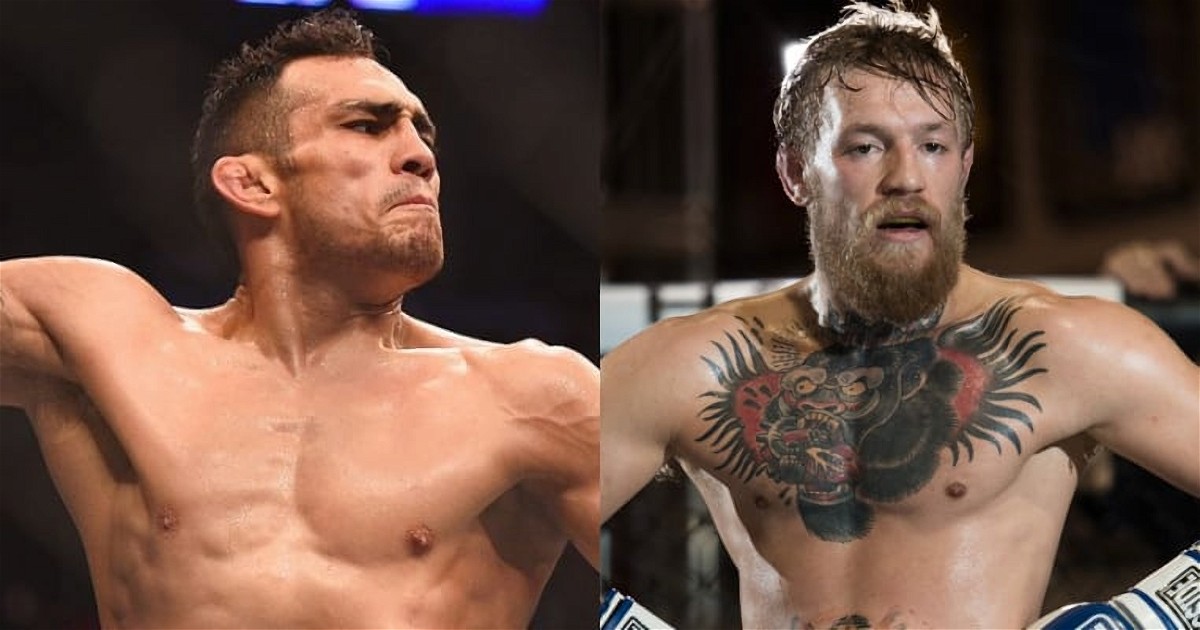 It appears that Nate Diaz wants to go head to head against Tony Ferguson in his next fight. The Stockton Slugger who made his return in the UFC octagon after two years at UFC 263 has expressed his wish to fight again this year. And consequently, the welterweight fighter has given a hint on social media.

An hour ago Diaz posted an image of Ferguson holding the interim title on his Twitter feed. And subsequently, this post caused a huge buzz around fight fans. Owing to the fact, Tony and Nate are two of the biggest superstars in combat sports history. As a result, a contest between these two elite fighters would be a treat to the eyes.

However, last week it looked like we would see Nate Diaz go head to head against welterweight contender Vicente Luque. Considering the agreement of both the fighters on Twitter. However, the talks of this matchup have cooled down over the past few days. Therefore it would be interesting to watch Ferguson’s response to Diaz’s callout.

He responded with a picture in which Joe Rogan was interviewing him after the end of his trilogy fight against Poirier at UFC 264. This picture seems to indicate that Conor has some unfinished business left with both Diaz and Tony Ferguson.

Considering the fact that Ferguson and Conor were supposed to face each other but their fight broke down due to unfortunate reasons.

In addition to the above tweet, Conor also answered a fan’s question in the comment section by stating that he will fight both Tony and Nate at some point. However, the Notorious deleted both his tweets within minutes after posting. But many people have taken screenshots of these tweets. 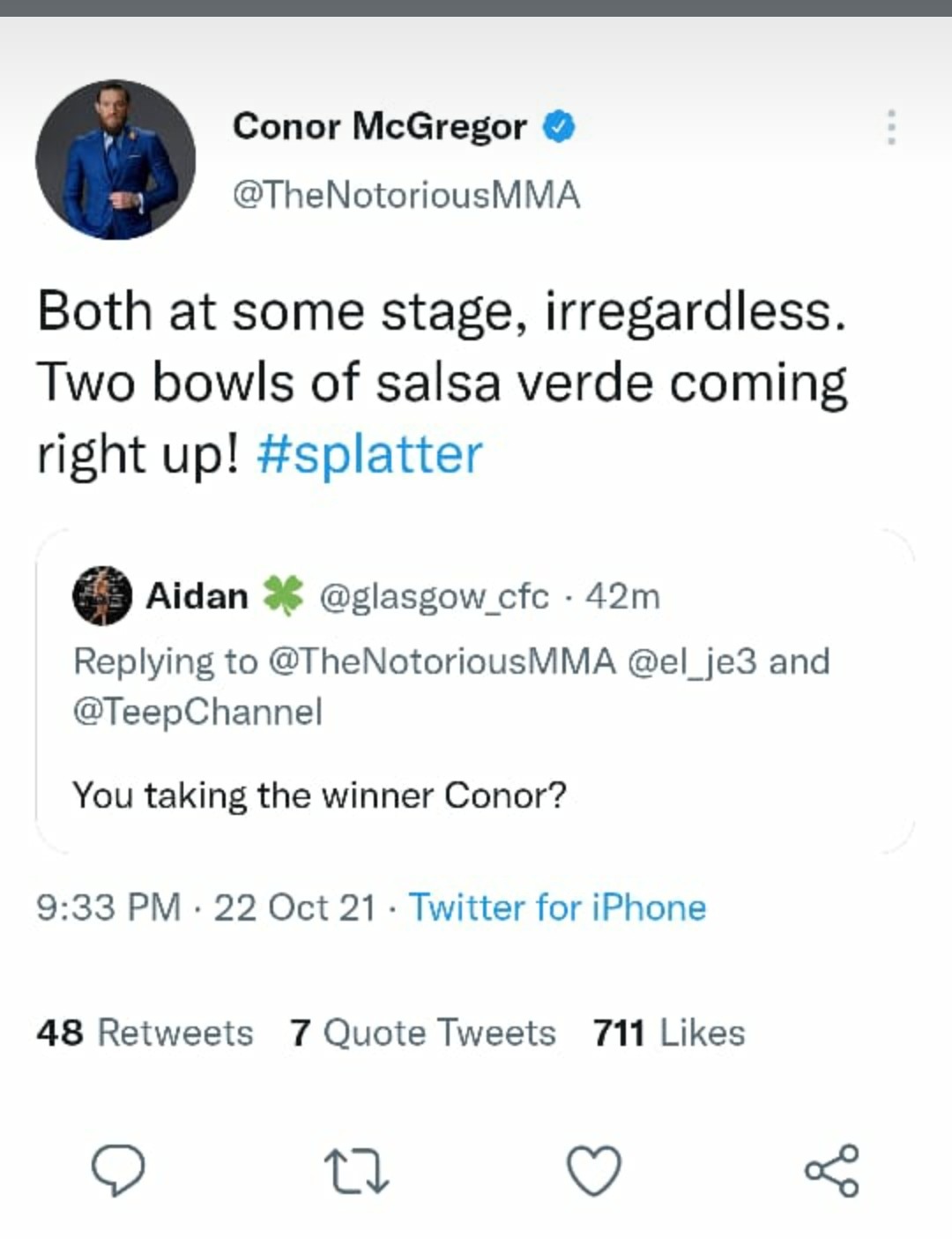 “McGregor answered by saying that “Both at some stage, irregardless. Two bowls of salsa verde coming right up! #splatter”

As of now, nothing is concrete and all the above-mentioned tweets are rumours. However, the UFC would most likely book a fight between Nate Diaz and Tony Ferguson. Because this battle will certainly grab the attention of fight fans around the world. Therefore a scenario where the winner of Ferguson vs Diaz facing McGregor would be extraordinary.