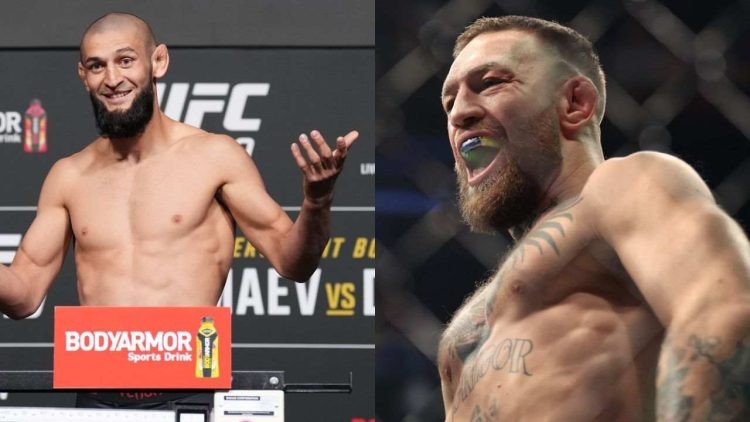 UFC 279: Diaz vs Ferguson has seen a lot of controversies this week. Headline star Khamzat Chimaev missed weight by 8lbs leading to a complete shift up and frenzy in the main card. UFC President Dana White has since taken to social media to announce that the main event will now be Nate Diaz and Tony Ferguson.

As for Khamzat, he will now be taking on Kevin Holland in a 5-round co-main event. However, there is currently no information regarding how much of his purse Chimaev will forfeit to Holland. Following the news that Chimaev missed weight by a significant margin, Diaz’s camp immediately refused to entertain the Swedish fighter any further.

My opinion they should have pulled khamzat from the card entirely. Reconfiguring bouts, and with a more favorable bout for the failed cutter, will only make many others in the game follow suit. The smirks on the scale where enough for me. Pull from the card and starve. McG UFC.

In the aftermath of the chaos that ensued yesterday, Conor McGregor took to Twitter to share his thoughts. “My opinion they should have pulled Khamzat from the card entirely. Reconfiguring bouts, and with a more favorable bout for the failed cutter, will only make many others in the game follow suit,” he wrote. Conor has a very good point as fighters have always been fine for missing weight in the UFC.

In fact, Hakeem Dawodu, who is fighting Julian Erosa in the prelims is also being fined for missing weight. Conor adds,” The smirks on the scale were enough for me. Pull from the card and starve.” Leading up to fight week, a case can definitely be made that Khamzat’s conduct has been callous and unprofessional.

Not only did Chimaev fail to make weight, but he is also said to be the instigator of the backstage brawl which led to the Press Conference being canceled. Additionally, rumors circulated that Khamzat was at a restaurant consuming lots of sparkling water. If anything, it appears as though Khamzat was intentionally trying to miss weight.

What Are The Implications of Khamzat Chimaev Actions?

Due to Khamzat Chimaev missing weight, the main card has seen considerable changes. For one, Nate Diaz will headline the show against Tony Ferguson. Tony’s opponent Li Jingliang will take on Daniel Rodriguez, who also missed weight. Further, Rodriguez’s opponent Kevin Holland will now co-headline against Chimaev in a 5-rounder.


Apparently, Chimaev caused an altercation with Holland backstage leading to the cancellation of the press conference. After a thorough round of negotiations with the six fighters, the event will continue. UFC President Dana White also revealed that due to the possibility that such things can happen, the events are planned to accommodate numerous fighters from the same weight class.

With the event a mere few hours away, the fighters will be prepping for their new opponents. Safe to say, the stir that has been seen in the UFC is the first in the organization’s history. Moreover, what are your thoughts on Chimaev’s conduct this week? Should he be fined? Let us know in the comments.