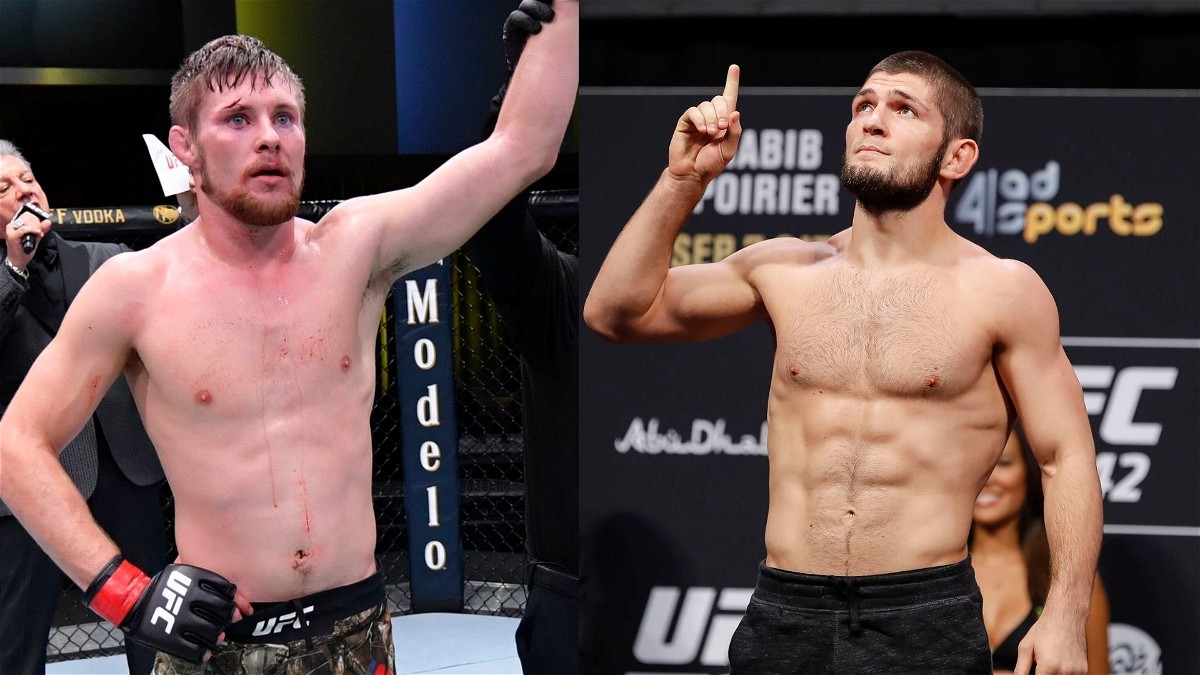 Bryce Mitchell dominated Edson Barboza at UFC 272 to get a decision victory over him. With this win, the American now is on an undefeated 6-fight win streak. Now, whenever the word “undefeated” comes to any context in the UFC, Khabib Nurmagomedov’s name also comes along. That is exactly what happened after Mitchell destroyed Barboza on the ground last Saturday night.

This fight reminded fight fans and even the commentators of how Khabib once dominated Barboza in the year 2017. After seeing Mitchell dominate Barboza on the ground, Joe Rogan said “I mean who has done this to Edson other than Khabib…no one”.

Since Bryce Mitchell is an American, fight fans started calling him the “Country Khabib”. Soon after the fight was over, Bryce was talking with Caroline Pearce of BT Sports and she asked about how Bryce felt about this new nickname. Moreover, Khabib was also inducted into the UFC Hall of Fame that night. Replying to which Mitchell proudly said:

“That would be quite the honor…I think Khabib will love it out on my farm… We can wrestle down goats and cows.”

Rightly so, being compared to a legend of the sport after six UFC fights is an achievement itself. So, Bruce should be proud of the name netizens have given him and try to put on such dominant performances in every of his UFC fights.

What’s ahead for Bryce Mitchell in the UFC?

Even though UFC rankings are yet to be released, it is certain that he would finally enter the featherweight top 10. Hence, it would be interesting to see what are the potential fights for him in the future.

With all the hype around Bryce UFC would look to give a big name in his next fight. One such name can be Calvin Kattar. Kattar’s last fight was against Giga Chikadze where he outstruck him and won the five-round fight via decision. But, Kattar hasn’t fought any grappler since his loss to Zabit Magimedsharipov.

So, a fight against Bryce makes sense for him. Moreover, UFC might want to see the grappling vs striking contest again.

However, If UFC wants to test Bryce against a grappler then Zabit can be that opponent. He is also on a six-fight win streak like Bryce with three of them coming via submission. But, UFC might want to schedule this fight later in both of their careers because both of them are promising prospects and this fight certainly has the potential to headline an event one day.

Apart from them, Josh Emmet and Giga Chikadze might also be potential opponents for Bryce. Nevertheless, let’s see what has the UFC planned for the “Thug Nasty”.