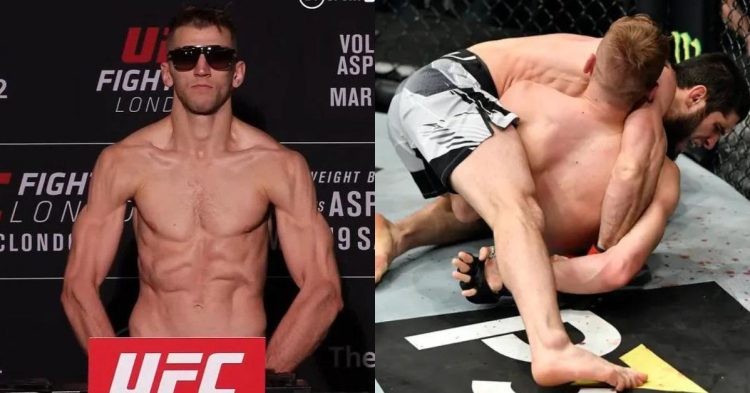 UFC lightweight Dan Hooker (21-12-0) has spoken out on the happenings around his last fight. The City Kick Boxing star spoke on his decision to change division and compete at 145 following a string of losses at lightweight. Following his fight against Dustin Poirier in 2020, the New Zealand native fell prey to a string of losses. Dan Hooker has last four of his last five fights.

Dan Hooker fought tooth and nail against Poirier for five rounds, losing the fight by a slim margin. The loss catapulted him into a string of defeats with the exception of a win against Nasrat Haqparast. He was devastated by the loss against Islam Makhachev which came in the first round.

However, Dan Hooker took the fight against Islam Makhachev on extremely short notice. The loss to Makhachev certainly has aged well after Makhachev’s win over Charles Oliveira ta UFC 280.

Hooker decided to make a change in weight and move down to featherweight. A fight between him and rising featherweight contender Arnold Allen was booked by the UFC. Allen decimated Hooker within a round again.

Later, it was discovered that Dan Hooker had a really rough weight cut. With his frame it was really hard for him to make 145 lbs. In a recent interview, Hooker spoke out on his short featherweight stint saying:

“(Featherweight is) Closed, burn the book. I think I’ crazy enough to (have another training camp at 145 lbs.) It’s entirely a mind over matter thing. This aspect of my personality has gotten me consistently into trouble. My mind convinces my body that it’s so easy, as my mind is so much stronger than my body that I end up in these kind of situations where I say it’s easy! The answer to that is surrounding yourself with the people you trust”

Dan Hooker’s future in the UFC

Following that loss, Dan Hooker has decided to stay strictly at Lightweight. He also elaborated how most of his plan relied on sheer willpower as he was able to push his body beyond it’s limits owing to his mindset being so strong. His next fight is scheduled to be at Lightweight this weekend against Claudio Puelles who holds a record of (13-2-0).

Dan Hooker will fight on the same card as his teammate and UFC Middleweight Champion Israel Adesanya. Adesanya is set to make the fifth defense of his title. This fight will be detrimental to the trajectory of Hooker’s career going forward. After a scare of retirement after the Islam fight, we don’t know if Hooker will keep going if he falls short this weekend.

If he wins, however, we can even see a second wind to Hooker’s career. What’s left to see, is if Hooker, at a relatively young age of 32, can make a comeback or not.