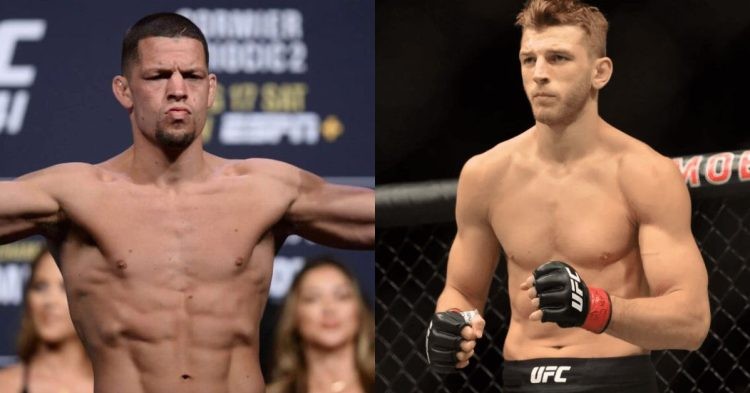 After Nate Diaz called Dan Hooker the #1 Welterweight fighter in the world in a visible dig at Gilbert Burns who currently sits at the top. Diaz reacted to Israel Adesanya’s comment on his recent post where he posted a past KO clip from Dan Hooker where the English fighter sleeps Burns with a brutal knockout punch to finish the fight.

Reacting to the same, Dan Hooker put out several tweets in return. Hooker stated that his profile picture is his response to the recent comments, and later added another tweet where he called out Diaz for a scrap inside the octagon.

Earlier, Diaz and current #1 welterweight ranked Gilbert Burns got into a brief back and forth on the social media after Diaz rained down on Usman and Burns for accepting the title fight against Jorge Masvidal who was at that point in a negotiation dispute with the UFC for his title shot.

Nate Diaz and Dan Hooker share no past rivalry. Diaz used to compete in the lightweight division, and as hinted his UFC return at some time in 2021. While a rematch with Jorge Masvidal looks to Diaz’s choice of return, looks like UFC has other plans for Jorge Masvidal. After Colby Covington’s emphatic victory over former champion Tyron Woodley earlier this year, Colby Covington is back with a win in his column. He could be looking at a title opportunity with win over his longtime fried turned foe Jorge Masvidal.