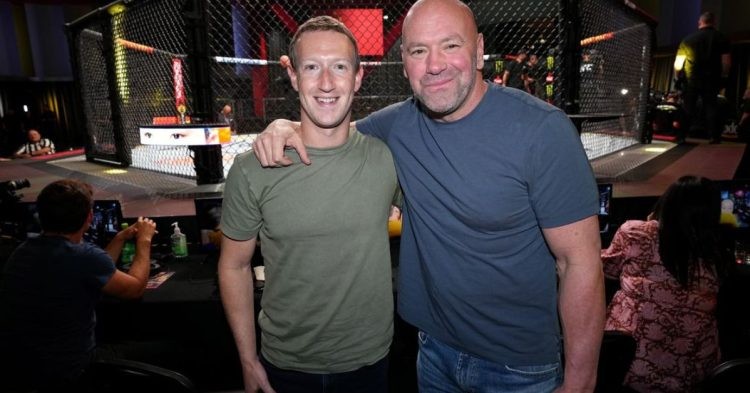 Few weeks ago, Mark Zuckerberg surprised the MMA community after he bought out the entire arena for UFC Fight Night 211 at the Apex. Since that day various speculation were doing rounds online claiming Zuckerberg’s involvement in the UFC.

Two weeks since that event, it seems like all the speculations were true. Dana White shut the apex down for Mark and his team, now it has been revealed why Dana did this. It was today announced that Meta, the company Zuckerberg is the founder and CEO of, will be partnering with the UFC to bring live MMA to the world of VR.

Fight Pass Vice President announced “We are excited to offer an unprecedented level of engagement for Fight Pass subscribers and MMA fans around the world by producing a live MMA event in virtual reality,” Crowley Sullivan said in a statement. “With Meta providing the VR platform and YBVR lending their production expertise, we’re confident this will be a great experience for fight fans.”

How this business deal will change the UFC

VR is scaling new heights day by day. Hence this deal seems to be ideal to not just expand the VR world but also advertise the sport of MMA to a different kind of audience and provide a unique experience to the existing fans. It will be interesting to see if the UFC continues the deal ‘Meta’ and goes on to feature UFC events as well in the future.

The LFA event might be a trial for the new technology, before it’s rolled out for the UFC fight cards. It will be interesting to see how the audience reacts to this new addition in the viewing experience. According to the UFC. fans will enter an immersive environment in Meta Horizon Worlds where the audience will be able to see and speak with one another in real tome while enjoying a 180-degree panorama view of the event.