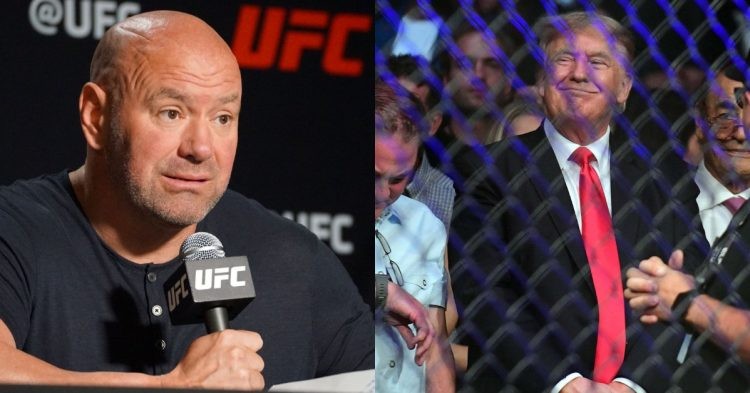 Following its event last weekend featuring Cory Sandhagen vs Song Yadong, UFC had an off week. However, they will return on October 1st with an event, UFC Vegas 61, inside the Apex facility in Las Vegas. But it looks like no media members will be present inside the arena to cover the event. According to a report from Heavy.com, the company will not allow media and fans to be present by the Octagon.

However, media members are allowed in the building to interview the fighters on the card. They will also be allowed to cover the weigh-in ceremony on Friday prior to the event. UFC always wants to be in the headlines for all the right reasons. But banning the media from attending the event does not seem like a move that they would ordinarily make.

Currently, there is no word on what the official reasoning behind the decision is. The event will feature a crucial women’s strawweight fight between Mackenzie Dern and Yan Xiaonan. Dern, who is ranked no. 4 in the division, is coming off a win against Tecia Torres. Yan, on the other hand, lost her last fight to Marina Rodriguez at UFC 272.

As mentioned before, there is no official clarification for why the media will not be present for UFC Vegas 61, there seems to be a rumour amongst the fans. MMA personality Jed I. Goodman shared the report on Twitter. Underneath that post, fans are convinced that the company is shutting down the facility as former US president Donald Trump will be in attendance.

My guess is Trump is in attendance.

Welcome to the Apex, President Trump.

Donald Trump was in attendance for UFC 244 inside the Madison Square Garden arena. UFC had arranged for air-tight security for that particular event. Trump was also present in the T-Mobile Arena in Las Vegas for UFC 264 as well. However, he was not shown on the broadcast for the event.

UFC President Dana White is a big supporter of Donald Trump and a great friend of him as well. So, Trump being in attendance for the upcoming event, is not out of the realm of possibility at all!

What are your thoughts on the matter? Do you think Donald Trump will be attending UFC Vegas 61? Or is it just wild speculation? Let us know in the comments down below.