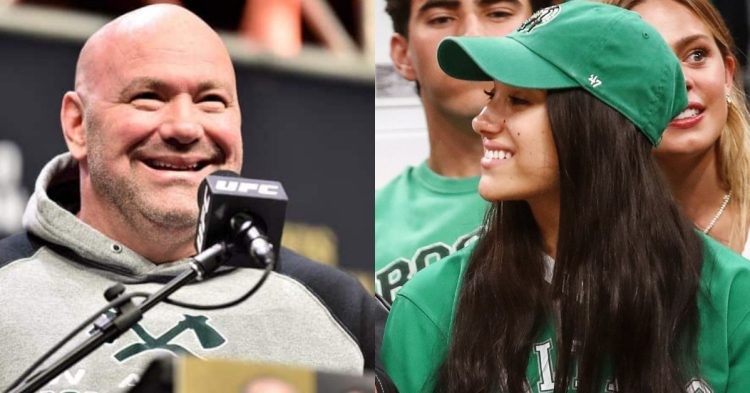 UFC President Dana White posts a very cryptic message on his Instagram account and it leaves fans speculating about the meaning behind the message.

Dana posted a picture that had “WE GOT HIM” written on it. If that was not confusing enough, he then thanked the media, fans, and the authorities. The 52-year-old did not provide any context to the post and it left everyone guessing about what Dana was hinting towards.

White often talks about illegal streaming and how it affects the entire sport. With UFC 282 coming up, did Dana catch an illegal streamer and shut down the operation? But that does not seem to be the case as fans in the comments section of the post provide much-needed context to Dana’s vague post. Apparently, it has to do with the safety of his family.

What is the meaning behind the cryptic post from Dana White?

As per the fans in the comments, a former employee of the UFC had a fallout with the company. But not only that, but the man also allegedly threatened to sexually harass Dana White’s daughters. It made the UFC President furious, who swiftly hunted him down with the help of the authorities. It looks like the man worked for one of the gyms affiliated with the UFC.

Underneath the post from Dana, Instagram user @itsdanilo.me wrote that the man in question is named Brandon Bender. However, there is no information if the claim is actually legit or not. So fans will have to wait for official reports from the authorities to know what Dana’s post is actually about. Fans can expect an official statement to follow on the matter very soon.

Dana White is married to Anne Stella White. The high school sweethearts got married in 1996. They have three children, Aidan White, Dana White III, and Savannah White. In June earlier this year, White shared some beautiful messages that he received from his daughter Savannah. While Dana III is a college football player, Aidan is more interested in combat sports.

However, not much is known about his daughter. Dana is a great father and often makes time for his children. He even missed the UFC 275 event in Singapore to celebrate his eldest son’s birthday. Hence it is no surprise that Dana found the man who allegedly threatened his daughter in no time!