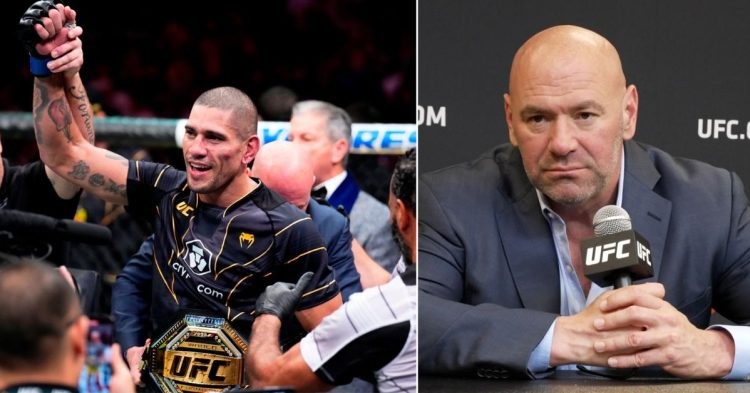 UFC 281 was a huge success! The much-anticipated comeback to Madison Square Garden saw Israel Adesanya suffer the first stoppage loss of his mixed martial arts career as Alex Pereira once again got the better of Stylebender in their title fight at UFC 281.

Meanwhile, in the co-main event, Zhang Weili once again rose to the top, submitting Carla Esparza in to become a two-time UFC Strawweight Champion of the world.

Frankie Edgar competed in his retirement fight at the iconic stadium, while Dustin Poirier and Michael Chandler put on a potential Fight of the Year outing on the main card. Dan Hooker made his lightweight return, while Dominick Reyes also made his presence felt on the card.

Needless to say, it was a huge event with the likes of Mike Tyson, Jake Gyllenhall, and several other celebrities gracing the event with their presence. It goes without saying, fans gathered in huge numbers, as UFC recorded their second biggest live gate at the Madison Square Garden.

However, amidst all this, Dana White was caught lying red-handed about the live gate record in MSG. “The gate was $11.56 million, the second-highest event in MSG history. We hold #1 and #2 now.” White said in the post-fight press conference.

Highest live gate in the history of Madison Square Garden

UFC 2-5 featuring Eddie Alvarez and Conor McGregor in a title fight that saw the Notorious become a two-division Champion continues to the highest live gate for MSG. The hugely anticipated UFC PPV brought in a whopping $17.7 million in revenue.

However, contrary to what Dana White claimed, UFC 281 is not in the second spot for the highest live gate in MSG history. The memorable showdown between Evander Holyfield and Lennox Lewis stands in the second spot with $13.5 million in revenue through the live gate. However, there are reports that it only did $11 million.

Contrary to what Dana White claimed, UFC 281 is not in the second spot for the highest live gate in MSG history.

Israel Adesanya vs Alex Pereira at UFC 281 stands third on the list with $11.56 million, which is historic in itself. 20,845 fans attended the grudge match between former kickboxing rivals inside the UFC Octagon, with Alex Pereira taking home the Performance of the Night bonus.