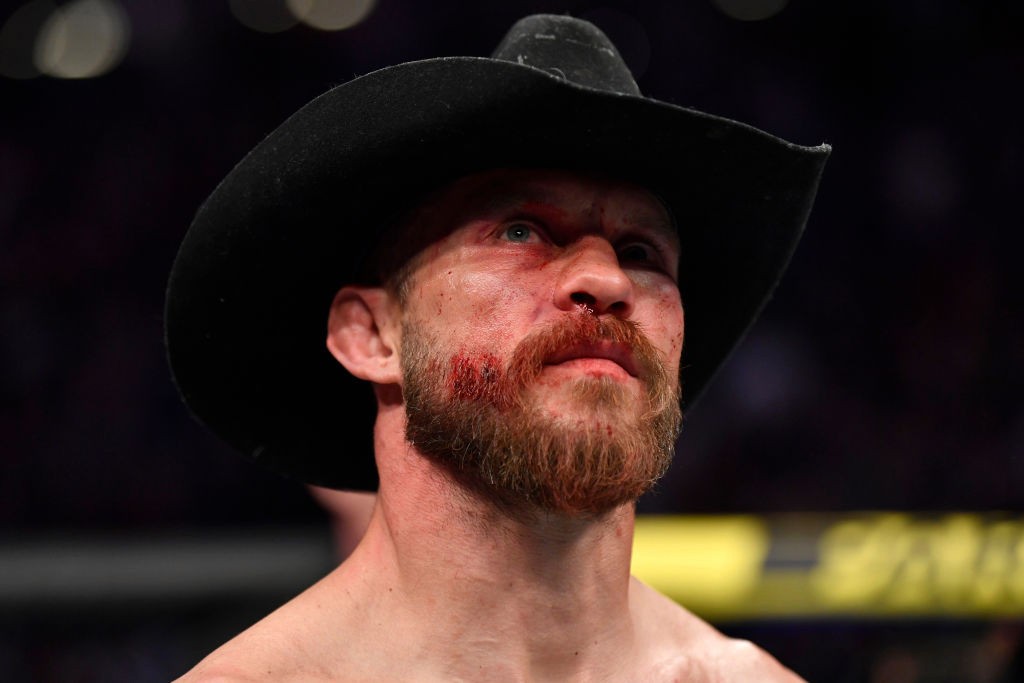 Donald Cerrone suffered yet another loss at UFC Vegas 26. The UFC veteran lost to a up and coming contender, Alex Morono via TKO. This was Donald Cerrone’s 6th consecutive loss in UFC. And the fans started speculating that UFC would release Cerrone after his recent loss.

However, Dana White is willing to give Cowboy one more chance and this time it will be at 155lbs. In a recent interview with TSN, Dana White said that Cowboy wanted to fight at lightweight division before his last fight and he will get his final chance to secure his spot in the UFC roaster. Dana White stated:

“Cowboy again steps up, Diego falls out of the fight, he steps up and takes a last-minute replacement. He accepted the Diego Sanchez fight because they said they would fight at 170. he wants to move down to 55 and get another fight, and I’m going to let him do that.”

Read More: Should Cowboy retire after his loss to Alex Morono?

Donald Cerrone is devastated after his loss to Alex Morono

Donald Cerrone is well aware of the situation he is in. After his draw against Niko Price, Cowboy even admitted that he had one more fight to prove his worth to UFC. Unfortunately, he fell short again. But, he was also hoping for UFC to give him one more shot in the lightweight division. After his loss to Morono, Donald Cerrone stated:

“I’m sure now there will be a lot of talk of, ‘Maybe he’ll retire. Maybe this is the right time.’ But that isn’t anywhere in my train of thought. I have to figure something out. I feel like I came out, started hard. Who knows? We’ll have to watch it, assess it, see what’s going on. I’m in good spirits. I’ll go home and see my two boys, hang out with my family. S***** night at the office but hopefully UFC isn’t sending me off anywhere and you guys will see me again.”

Read More: Cowboy’s UFC earnings: How much Cowboy earned for his fight against Conor McGregor

Donald Cerrone is a true legend of the sport and it is true that the wins and losses do not define his career. He wanted to show up every time UFC needed him to and put on a show for the fans. And he has done a commendable job at that throughout the last decade. However, it will be hard to argue that the best days of Cowboy are behind him. And the fans would love it if Cowboy gets a win in his next fight and ride off to the sunset on a high note.