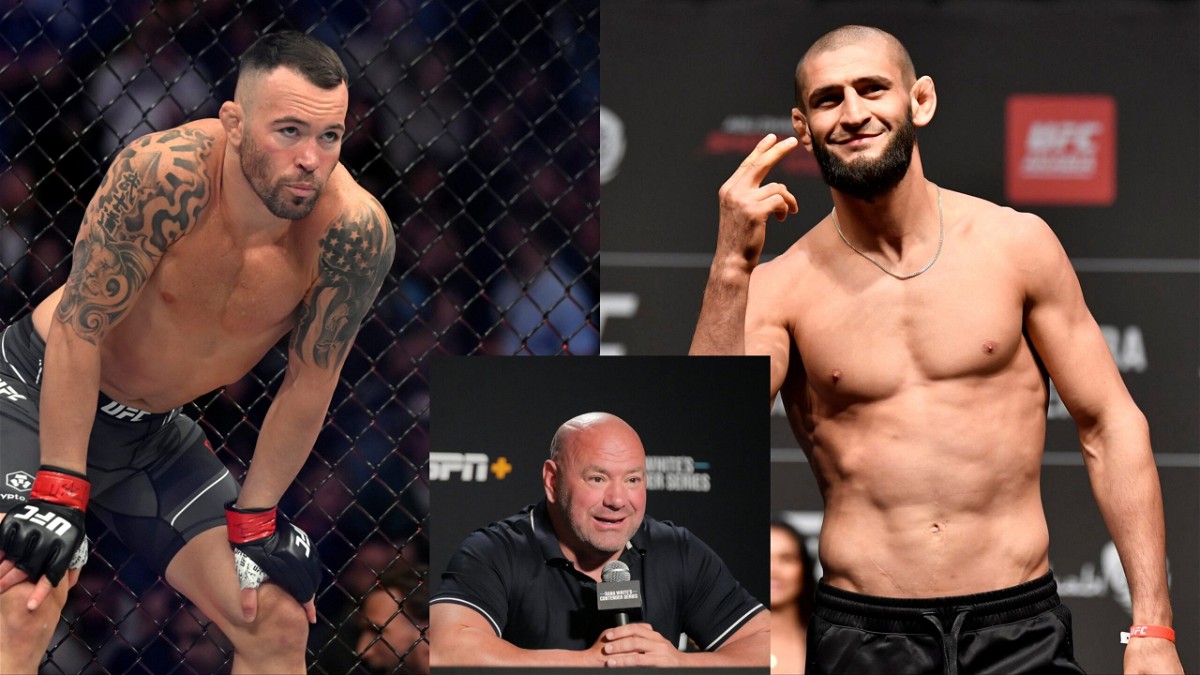 Did Dana White just confirm who Khamzat Chimaev will be facing if he wins this Saturday against Gilbert Burns at UFC 273?

Chimaev is about to have the biggest test of his Mixed Martial Arts (MMA) career so far against Gilbert Burns in a matter of hours. However, he seems to be the overwhelming favourite to win the clash. It was expected that the winner of this fight with fight the champion Kamaru Usman next.

However, the UFC president Dana White had thrown everyone for a loop. He appeared on the Pat McAfee podcast to promote the upcoming mega event. During the interview, he was asked whether Jorge Masvidal vs Colby Covington 2 is something the UFC is working on or not. To everyone’s surprise, Dana White said,

Dana White: “I think if Khamzat Chimaev wins this weekend we see him and Colby Covington next.” ????#UFC273 (via @PatMcAfeeShow) pic.twitter.com/sRzLhXGewN

“I think if Khamzat Chimaev wins this weekend we see him and Colby Covington next. So I have a fight coming up in ABC. And in a perfect world, if everything plays out right, I’d love to do Khamzat vs Colby if Khamzat should win on Saturday night.”

Although the expectation was for Khamzat Chimaev to go straight for the title depending on the result this Saturday. However, Chimaev fighting Colby Covington would make a ton of sense meritocracy wise.

Winning against Burns on UFC 273 would mean that he has a victory over the 2nd ranked UFC welterweight. However, if Chimaev manages to beat Colby Covington, there would be no doubt about Chimaev’s title opportunity. But will The Borz win?

Colby Covington is unlike the 27-year old has ever fought. The chaos brings the kind of wrestling that nobody except for the champ would bring to the table. On top of that, Covington is perhaps the most durable fighter in the UFC at the moment. He can go 5 rounds without even breathing hard. Colby’s intense pressure even gave Kamaru Usman a run for his money.

Although Chimaev has been a wrecking ball so far in his career, there are a lot of unknown commodities regarding his game. Can he handle an elite grappler such as Covington? Will Khamzat be able to handle the constant pressure that Colby puts on him? The Swedish fighter’s performance on Saturday will answer a lot of those questions.