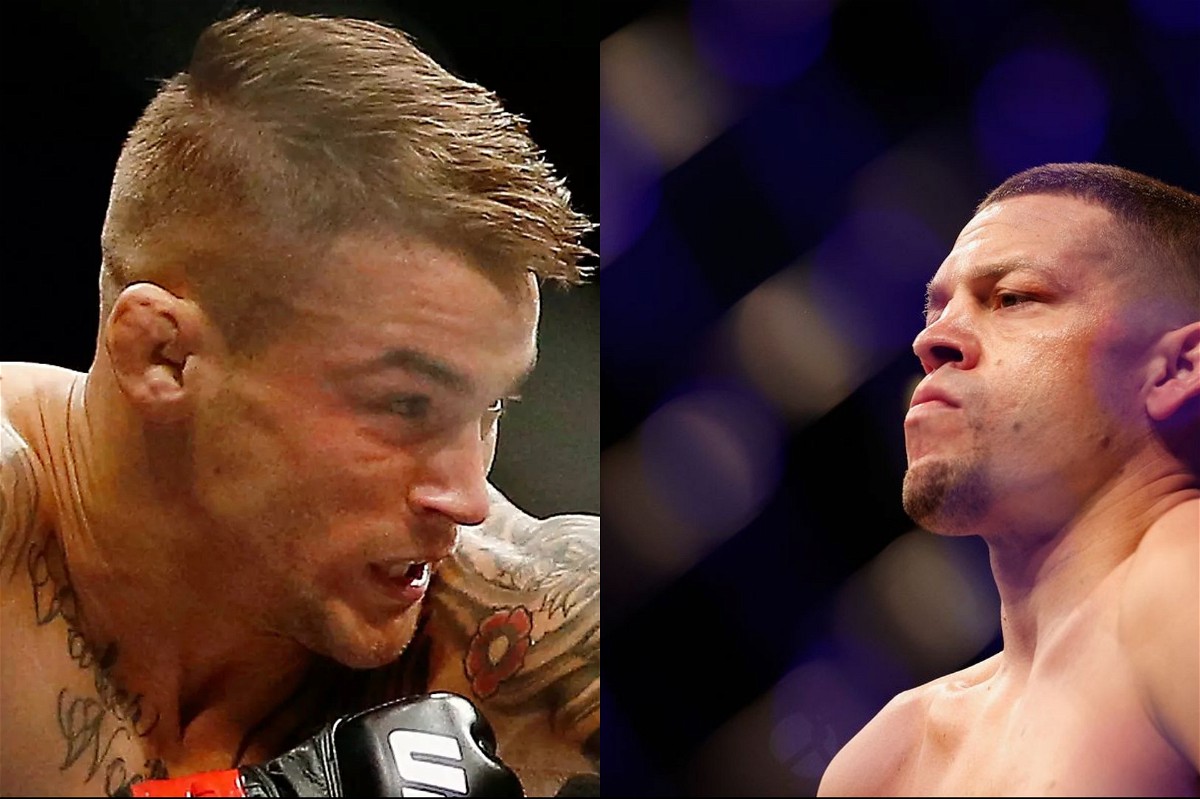 The Nate Diaz and Dustin Poirier drama just continue to linger on! Both fighters expressed their wish to fight the other. Dustin Poirier recently lost to Charles Oliveira on UFC 269. The 32-year old got finished in the 3rd round of the 155 lbs title fight. Despite the result going against him, Dustin Poirier made a strong account of himself.

Although both Nate Diaz and Dustin Poirier have been fighting for a long time now, their claim to fame their victories over Conor McGregor. The Irishman is the biggest superstar that the world of Mixed Martial Arts (MMA) has ever seen. Hence, a victory over him holds a lot of credit with audiences.

Nate Diaz shocked the world at UFC 196 as he handed the Dublin based fighter his very first loss in the UFC. Dustin Poirier has 2 victories over Conor. That is something that not a lot of fighters have the chance to gloat. He is the only fighter to defeat McGregor via KO/TKO not only once but twice.

Immediately after UFC 269, the younger Diaz brother fired his shots at the Louisiana native. He targeted both Dustin and Conor McGregor in the tweet. It seemed as if Diaz was not impressed with how Poirier performed in his second title fight.

Dustin Poirier took that opportunity to call out Nate and state his wish to fight him. Esteemed Journalist Ariel Helwani added fuel to the fire. He stated that both fighters are in serious discussions to step into the UFC octagon in January of 2022.

Both @NateDiaz209 and @DustinPoirier are legitimately serious about fighting each other next month, I’m told. Both would accept the fight right away for January.

But in a segment with the Morning Kombat hosts Brian Campbell and his co-host Luke Thomas, Ariel Helwani explained why the fight is not likely to happen in January.

He said, “I spoke to them on a Wednesday night and they both said said ‘We will fight on that Anaheim card. No questions asked.” Helwani further added, “Here’s the problem, Francis Ngannou is on that card. They’re not exactly on the same page with Francis. Francis stands to gain a lot of money if Nate Diaz and Dustin Poirier are added to that card because of the Pay Per View (PPV) points.”

But UFC President Dana White has confirmed his interest in the fight. He affirmed that the fight is a possibility if both parties are interested in making it happen. “Yeah listen, if that’s a fight that they want and the fans want to see, then we’ll do it,” said Dana White.