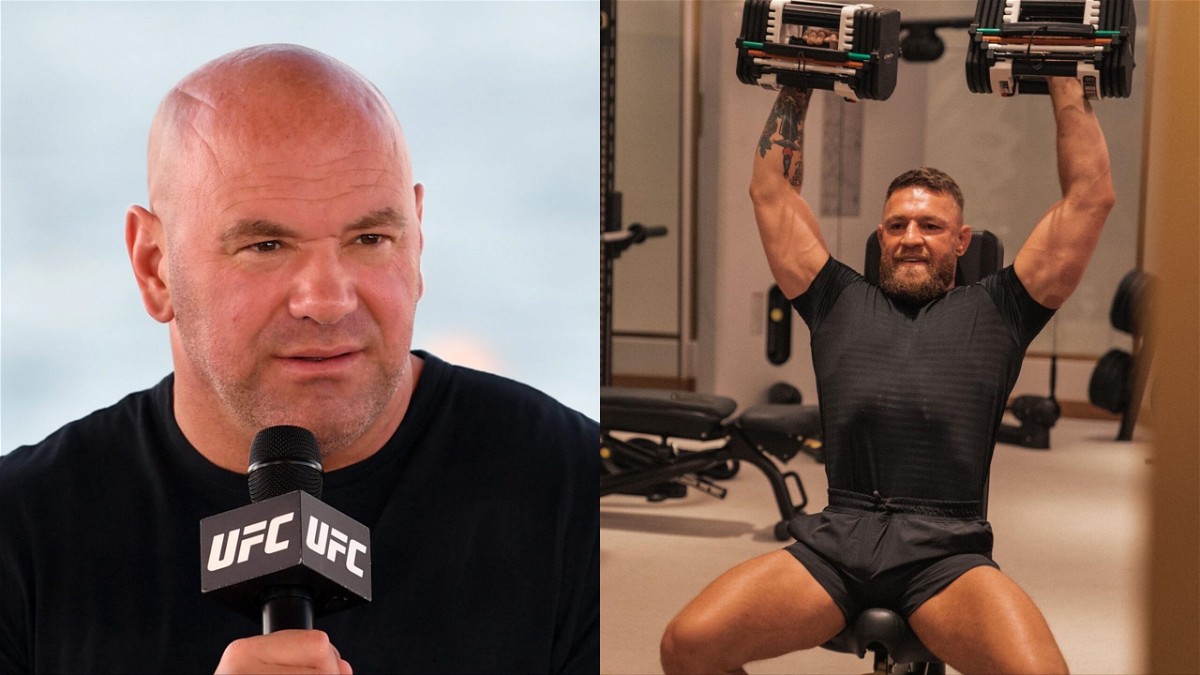 UFC president Dana White finally provides a possible timeline for the return of the ‘The Notorious’ Conor McGregor. According to White, it will not be in the summer as reported earlier.

The Irish fighter last entered the Octagon on 10th July of last year. However, it ended in a trip to the hospital as he broke his ankle against Dustin Poirier in their trilogy fight. Since then, Conor has been out of action and went through surgery.

Great day at the doctors today, team!
Everything back on schedule!
Thank you all for the love and support,
Stay ready ❤️ pic.twitter.com/vvT9fUTy0E

However, it did not take him much time to get back on his feet. McGregor pretty much stood up immediately after going under the knife. He has also been teasing a return to fighting for a while now. It seemed as if the 33-year old wanted to make his comeback on UFC 276, during the international fight week.

However, in an interview with Chisanga Malata, Dana White has clarified those rumours. White confirmed that the former UFC double champ is likely to fight against late in 2022 instead of summer. However, it is a tentative plan as it relies on how soon Conor’s leg is fully functional. White said,

“We’re looking at early fall if everything goes right. You know, if his leg heals right, he gets the clearance to really start training then possibly early fall.”

Most likely opponents for Conor McGregor in his return fight

If the timeline given by Dana White is accurate then Conor McGregor will be in action this year itself. The most logical fight for his retirement will be against Dustin Poirier. Conor stated earlier that he has unfinished business with Poirier as their trilogy fight ended prematurely due to Conor’s injury.

But another fight against Nate Diaz can not be ruled out either. While Conor holds a victory over Nate at UFC 202, Diaz beat him in their first encounter at UFC 196. Hence, a trilogy fight certainly makes sense. They have been going back and forth on social media as well lately.

The last option and the least likely one is a title shot. It is no secret that Dana wants McGregor to be involved in the title scenario. As a result, it will come as a shock to none if UFC gave him a title fight against the winner of Justin Gaethje vs Charles Oliveira at UFC 274.