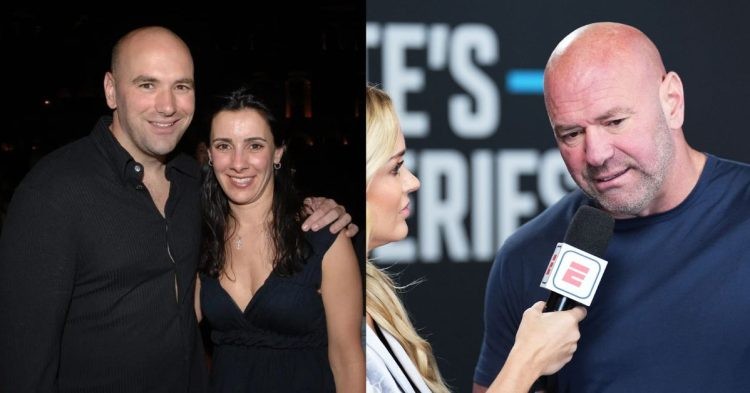 Dana White was involved in a physical altercation with his wife at a nightclub on New Year’s Eve while vacationing in Cabo San Lucas. In a drunken exchange, the pair went back and forth before being separated by friends and onlookers.

The whole ordeal was recorded and has seen a lot of traction on social media. Subsequently, UFC head honcho and his wife have come out and issued statements as well. In an interview, Dana clarified that the situation happened because he and his wife were under the influence of alcohol. Subsequently, Dana’s wife, Anne has also come out with a statement and confirmed the same.

Speaking on the matter, Dana confesses, “You’ve heard me say for years, there’s never, ever, an excuse for a guy to put his hands on a woman, and now here I am on TMZ talking about it… This is one of those situations that’s horrible. I’m embarrassed… People are going to have opinions on this, and most of the people’s opinions will be right, especially in my case. You don’t put your hands on a woman, ever.”

The incident has garnered a lot of interest, with MMA fans on social media mercilessly trolling the UFC boss. Moreover, it has once again opened a can of worms, further scrutinizing Dana’s marriage to Anne Stella White. Although the pair have been married for 26 years, they are no strangers to ups and downs.

The most notable situation has to be the time Dana White’s mother released an unauthorized biography about the UFC President, where she revealed everything from Dana’s post-success behavior to infidelity and more. Let’s take a deeper look at what White’s mother had to say about Dana.

In an interview, June White spoke about Dana’s childhood, and his life as the UFC President, and revealed that he had been cheating on his wife, Anne White, with multiple ring girls as well as his sister-in-law.

Speaking about Dana’s marriage to Anne, she says, “His marriage is a joke. Everyone knows he puts Tiger Woods to shame. He has plenty of the ring card girls sleep with him… He slept with his sister-in-law in my house which made me absolutely furious, he goes after any girl he wants and usually gets them. They are [White and his wife] constantly fighting. In their honeymoon, she gave him the worst black eye I’ve ever seen.”

June also revealed that Dana was once having an affair with the “first ring card girl,” which happens to be Amber Nichole-Miller, one of Tito Ortiz’s ex-wives. With such shocking information coming to light once again, it begs the question, are things between Dana and Anne White really as normal as they once seemed? Or is there more to it than meets the eye? Leave us your thoughts in the comments below.