Daniel Cormier Believes Khamzat Chimaev-Darren Till Friendship Is a Mistake 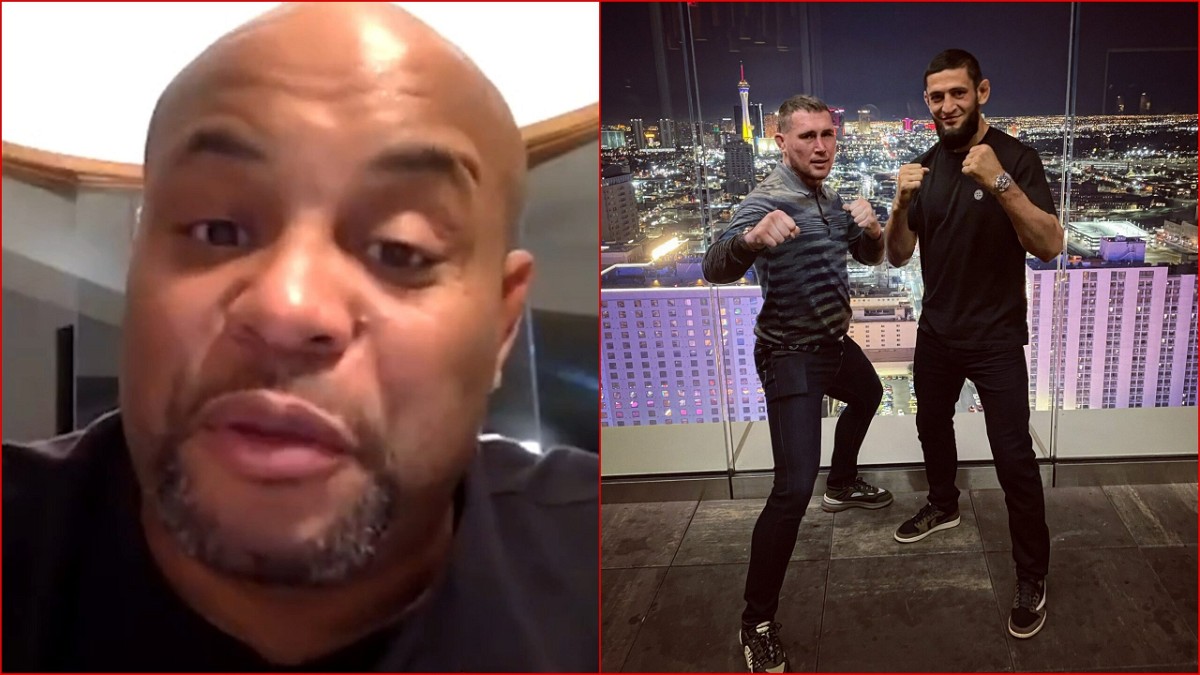 Former UFC Heavyweight and Light-Heavyweight champion Daniel Cormier thinks the friendship with Darren Till is a mistake that Khamzat Chimaev should avoid.

Over the past few months, the fans have seen the most unlikely friendship blossom between Khamzat Chimaev and Darren Till. They are both from different parts of the world and come from different cultural backgrounds. However, that did not stop them from becoming BFFs. The tales of their friendship have been all over social media. However, it has irked Daniel Cormier.

Also $BORZ token and our NFTs out next week on their platform. $BLOCK@darrentill2 pic.twitter.com/GT4ezs5dY6

During a recent interview with MMA Fighting, the former UFC double champ had good things to say about the Swedish fighter. He especially likes the anonymous nature of Chimaev’s origin. Hence, DC is not a fan of the exposure Khamzat is getting. He said,

“Khamzat, there’s like so many questions. Every time he comes, he comes in, he dominates, he’s gone. Now, I love the whole buddy-buddy thing with Darren Till. (But) I think it’s a mistake.”

“To say anyone will knock off Kamaru Usman is a lot, but if there’s a guy that seems to be a challenge, it seems to be this guy.”@dc_mma calls @KChimaev “the scariest contender we have seen for a while” ????

However, Daniel Cormier thinks Khamzat Chimaev is “the most scary contender” right now in the welterweight division. According to him, Chimaev is the only fighter who has the potential to give Kamaru Usman any trouble.

Perhaps the hottest prospect in the world of mixed martial arts, Khamzat Chimaev will return to action shortly. The hype surrounding him is unlike anything that the fans have witnessed prior. He will have a lot riding on his back next week when he steps inside the Octagon.

In his 4 fights in the UFC, Chimaev has impressed the company brass and the fans alike. He has dynamite in his hands and is an extremely technical wrestler at the same time. Across 2 weight classes, Chimaev has become a must-watch commodity inside the UFC.

Khamzat Chimaev is scheduled to fight Gilbert Burns at UFC 273. The fight will most likely be to determine the next title challenger in the 170lbs division. The champion of the division, Kamaru Usman is apparently fighting Leon Edwards in an upcoming UFC event.

Hence, an impressive display from either fighter will certainly assure a title fight after Kamaru Usman vs Leon Edwards 2. While Gilbert has already faced the current champion at UFC 258, the match up with Khamzat Chimaev will be a fresh one.

3 Reasons Why Bianca Belair Is a Bigger Star Than Ronda Rousey, Charlotte Flair, and Becky Lynch