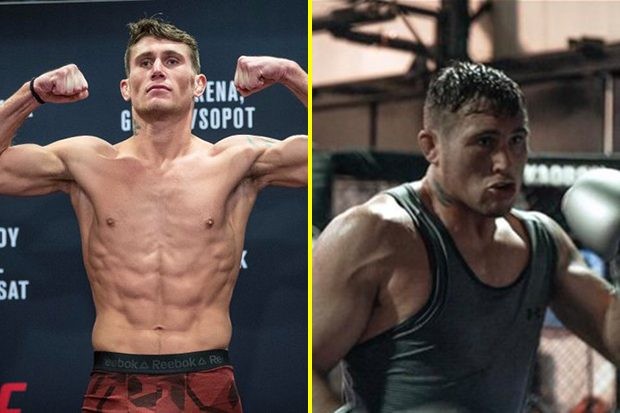 Darren Till will make his much-anticipated return to the UFC octagon after a year’s layoff against Derek Brunson in the main event at UFC Vegas 36. Following Till’s defeat to Whittaker in July 2020, he was going to face Marvin Vettori earlier this year. However, an unfortunate collarbone injury caused the British fighter to pull out from the fight.

Although the Gorilla is back in action and is hell-bent to get at the top of the division and fight for the middleweight belt. As a result, he will try to move up the ranks by defeating Brunson who is 5th in the middleweight division. Moving forward as we lead up to this fight, the Liverpool-born fighter speaks about his goals in the promotion and discusses some of his highlights in the UFC career with John Gooden.

While having a conversation, Darren Till revealed the reason why he moved a weight class up to middleweight. In addition to that, he has not ruled out a future move to the welterweight division. “I don’t know, I could probably still make welterweight. I know Usman wants to fight me, Kamaru Usman. I know he said that he still wants to fight Till and we’ve got a little bit of history.”

“You know he’s a good guy and I think it’s him and Leon destined to fight and Leon gonna take the title. But I’m going to be the champion at middleweight so why can’t I go down for one last and see if I can grab that strap that I was meant to have.” After this interview, fight fans will be fascinated if Darren Till competes in the welterweight division again.

Darren Till has a tough task ahead of him as he faces Derek Brunson in a five-round contest at Vegas. Owing to the fact, Brunson is on the back of a dominant unanimous decision win over Kevin Holland. Hence both the fighters will be looking for a title shot against Adesanya by getting a crucial win this weekend.

The British-born fighter is a crowd favorite going into this contest. Till is a great striker and possesses tremendous knockout power. However, to win the fight against Derek Brunson, he has to defend the takedowns and keep the fight on the feet. Other than that, the Gorilla has not much to concern about. Hence he is expected to get his hands raised by the referee at the end of the contest.

Therefore a dominant victory over a top fighter like Brunson could put Darren Till in front of the queue for a future title shot against Israel Adesanya or Whittaker. Moreover, the Last Stylebender has also expressed his wish about facing Till several times. Thus fans can expect a fight between these two stalwarts if Darren Till racks up few victories in his upcoming fights.

Comment below your thoughts about this matchup between Darren Till and Derek Brunson.