Did Islam Makhachev Get Injured During His Training Camp for Charles Oliveira Title Fight at UFC 280? 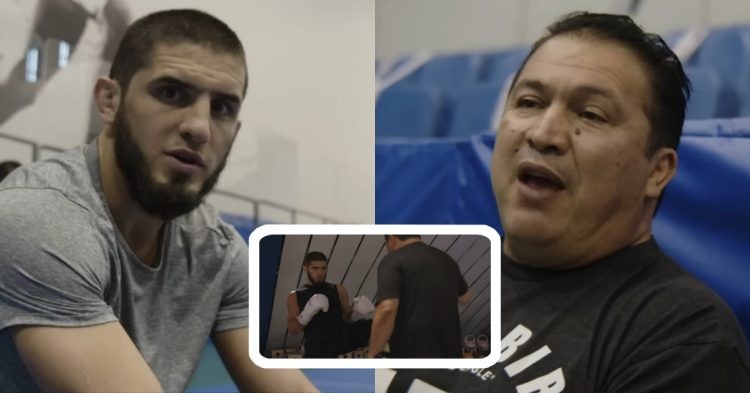 Islam Makhachev has almost wrapped up his fight camp for his upcoming bout on October 22nd. On that day, he will go head to head with the last person to hold the lightweight championship, Charles Oliveira. The bout is set to go down at UFC 280 and it will headline an insanely stacked fight card which features one exciting fight after another.

The card is already trending massively, as a recent report suggested that UFC is running out of high-profile spots to accommodate celebrities. So it will be a massive disappointment for all the parties involved if the main event gets cancelled due to an injury. Recently Islam’s coach Javier Mendez has provided an update on the fight camp and the injury status of his fighters.

During a recent video on the Anatomy of a Fighter YouTube channel, American Kickboxing Academy head coach Javier Mendez revealed that he was happy with the proceedings of the camp. Team Makhachev, led by his cousin Khabib, decided to hold the camp in UAE. Although they may not have had the greatest of starts to the camp, it looks like everyone is fit and ready to go!

Just in case any of the main event fighters can not make it to the Octagon, UFC already has a backup in place. The current featherweight champ Alexander Volkanovski, who is fresh off an injury, will be present as the replacement fighter.

Does Islam Makhachev have a history of pulling out of fights?

Islam Makhachev is on a 10-fight win streak heading into the latest contest against Charles Oliveira. He last defeated Bobby Green at the beginning of the year. Islam is more famous for his grappling but against Green, he displayed his improved striking and stopped Bobby with punches. However, he had a chance to take a big fight right after that as former 155lbs champ Rafael dos Anjos needed an opponent.

Although he teased the bout, Makhachev ultimately decided against taking the fight and waited for the title shot. Islam also had the chance to fight dos Anjos in November 2020. But Islam pulled out of the fight because of an injury. However, that is not the only time Makhachev withdrew from a fight. He also pulled out of his fight against Francisco Trinaldo at UFC 233.

The 31-year-old also cited injury as a reason for pulling out of his UFC Fight Night 115 contest against Michel Prazeres. However, the very first time Islam pulled out of a fight was in 2016 as Makhachev tested positive for Meldonium ahead of UFC on FOX 19. However, he was cleared later as USADA relieved him of any wrong-doings.

How to Watch Deontay Wilder vs Robert Helenius in USA and UK – Start Time, Tickets, PPV Price, Fight Purse, and How to Stream Live