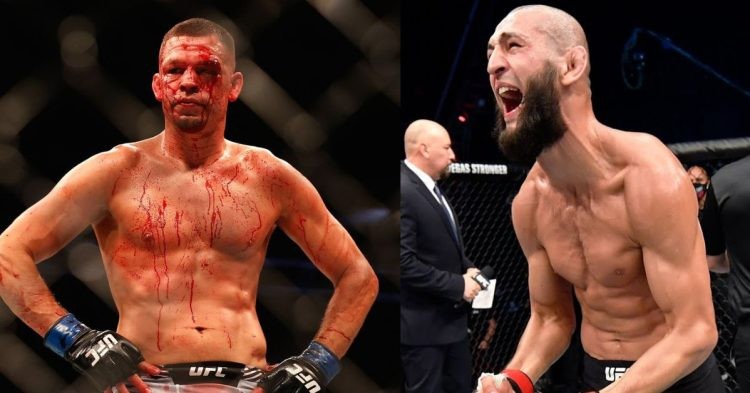 Sean Strickland may have suffered a humiliating defeat in his previous match, but he hasn’t lost his shtick. He remains an amusing character. He recently volunteered for a pro class at the XTreme Couture fitness centre in Las Vegas. Fans of the sport have depicted him as a sociopathic borderline, however, in the video he is coming out as a lovely or rather caring guy in the gym.

Khamzat was present in the same gym as him at the time. During a workout, he was heard instructing Chimaev to ease up. This is really ironic because “Tarzan“ has a reputation for being too violent during sparring. This was developed after many recordings of him knocking out in the gym surfaced. Usually in a spar, one does not ideally attempt to finish his sparring partner.

Given the two larger-than-life figures in the MMA world that Sean and Khamzat are, it is inevitable that their interaction will become viral. Naturally, when asked about a video showing a middleweight fighter instructing Chimaev to ease up during a spar.

Sean was asked the reason behind it by The Schmo, to which he stated,“So, I am c**t you guys, when I walk into someone’s gym I will try to murder everybody unless someone tells me not to. Chimaev is like f*****g dog with a bone, he spars, he trains and there’s a f*****g target on their back.”

At UFC 279, Nate Diaz will take on rising talent Khamzat. There was widespread, harsh criticism of the contest. Let’s examine their statistics. The Swedish MMA fighter, who was born in Chechnya, is six feet two inches tall and weighs 170 pounds. Borz is a 75-inch reach orthodox fighter. With a record of 11 victories, the fighter is currently unbeaten in his professional MMA career.

Nate, a favourite among UFC supporters, is 6 feet tall and weighs 170 pounds. Diaz is a southpaw with an inch reach advantage . Diaz, who is currently a welterweight, started out in the UFC as a lightweight.

Sean pitched in his opinion about his match-up in his recent interview with Schmo, where in he stated, “I don’t know, man. Do you have to get ready for Nate Diaz?,“The UFC just said, ‘Hey, Khamzat, we love you. Come f*cking beat up this old man.’ When’s the last time he won a fight? I don’t even think Khamzat really has to get ready for him. He’s probably just gonna roll in, not even train, coming off the couch, and just go and destroy him.”

This was on record post his viral interaction with Khamzat wherein he praised his skills and told him that he is “better than everyone else”. What do you think of the exciting matchup awaiting us at the main event of UFC 279?