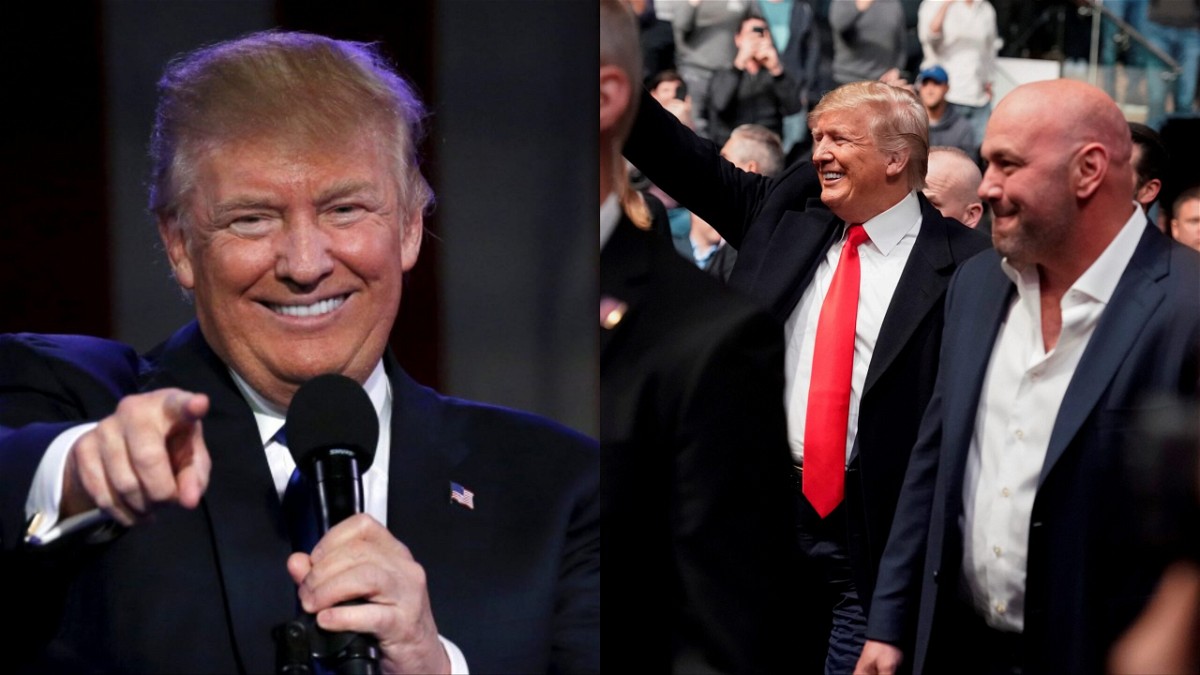 The name Dana White and the UFC go hand in hand. He has now been in charge of the leading combat sports organization for 21 years. It is safe to say that he is one of the reasons why the company has reached unthinkable heights over the years and Donald Trump seems to agree.

White and the 45th president of the United States of America have been friends for a long time now. The very first UFC event under the leadership of Dana White took place at the ‘Trump Taj Mahal’ in 2001. Even several years after that, the two share a very strong rapport.

Donald Trump is a massive fan of the UFC president Dana White. He spoke on White recently and added that Dana is irreplaceable for the most profitable MMA organization of all time.

Donald Trump: ‘I don’t know what UFC will do without Dana White’

During his tenure in the White House, Donald Trump became the first president to watch a UFC event live in the crowds. In return, Dana White also spoke on the rallies that Trump held for his 2020 election campaign.

During a recent appearance on the Full Send Podcast, Trump commented on the value that Dana White holds to the UFC. He did not hold back while talking about his friend to the Nelk Boys. Donald Trump said,

“I don’t know what would happen with UFC without him. They say you can always replace somebody. I’m not sure if that man is replaceable.”

Although Dana White has been at the helm for a long time, he does not seem to be slowing down anytime soon. He had the chance to leave the UFC in 2016 when ZUFFA sold the company for $4 Billion. However, he stayed on and has led the company brilliantly through a pandemic and it reflects on the revenue.

At the beginning of 2022, Dana White revealed what lies ahead for the company. From opening up new UFC affiliated institutions to expanding the reach of the sport to newer territories, the year seems to be heading towards UFC reaching new heights. And the president the 52-year old seems to be at the forefront of it.