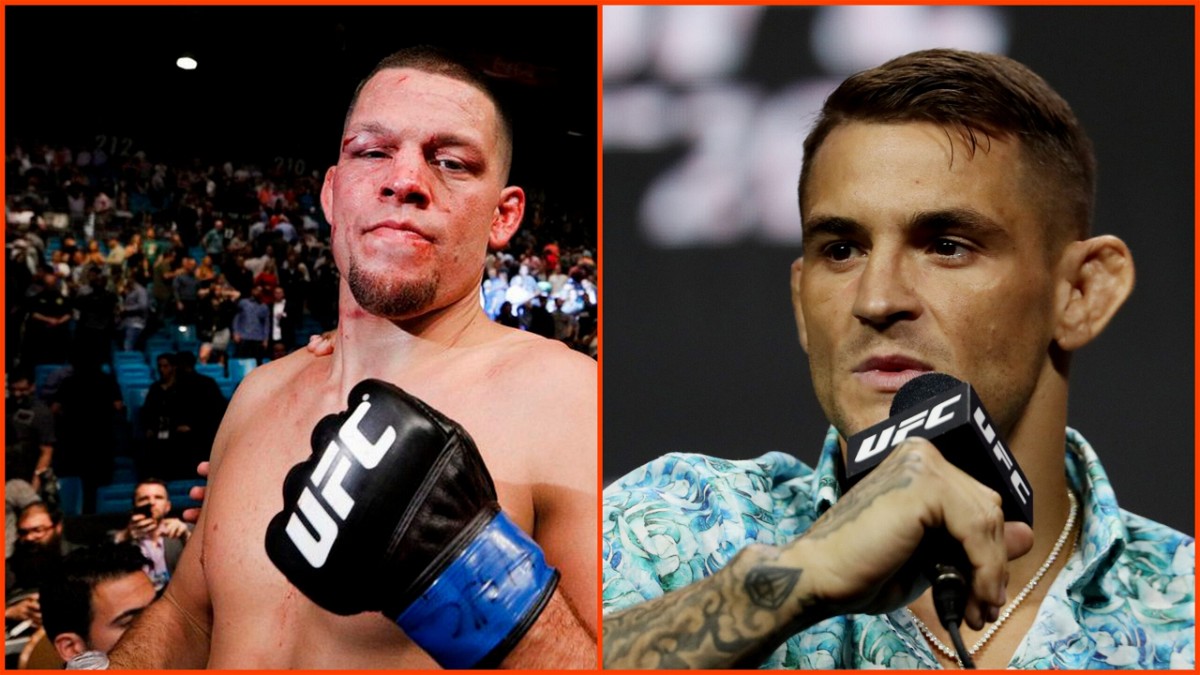 The fight between Dustin Poirier and Nate Diaz seems to have been in the works for almost 4 years now. They were rumoured to be fighting since 2018. However, now it seems as if it will just be one of the fights that got away as Nate Diaz is retiring according to Poirier.

Nate Diaz has been in a hurry to see out his contract lately. He apparently has one more fight left in his current contract. Nate wanted to fight Poirier in January after Poirier’s loss to Charles Oliveira at UFC 269.

Been tryin to fight for 7 months @ufc
LFG

Despite being heavily reported that UFC was trying to sort out a way to have the fight on one of the cards, it ultimately did not materialize. But the interest in the bout never went away as both fighters kept the conversation going. But fans should not hold on to their breath in the hopes of the fight taking place as Poirier wrote,

Not sure… i wanted to fight nate this summer but just found out he’s hanging them up. We’ll see what’s exciting in the future https://t.co/7UtBYl0Caf

Not sure… I wanted to fight Nate this summer but just found out he’s hanging them up. We’ll see what’s exciting in the future”

It is possible that Nate Diaz may indeed retire soon. Diaz has been fighting at the very top level of the UFC since 2007. During this 15-year period, Nate has had 25 fights. Although he always hasn’t had the best of the results, Diaz is certainly one of the biggest stars that UFC has.

Dana White recently stated that he expects Nate Diaz to have a new contract. He has a lot of options for a big fight. The aforementioned Dustin Poirier will be a massive one due to the star power they both have.

The trilogy fight against Conor McGregor is the biggest paycheck he will miss our on if he decides to retire now. After McGregor’s latest arrest, Diaz fired a shot at him on Twitter saying that he will fight him now.

He may also get a rematch against Jorge Masvidal. Their bout at UFC 244 was a doctor’s stoppage. Since then Masvidal has lost all 3 of his fights. Hence, Nate may fancy another go at the ‘Street Jesus.’

Do you think Diaz is about to call it a career as Dustin Poirier indicated? Let us know in the comments down below.