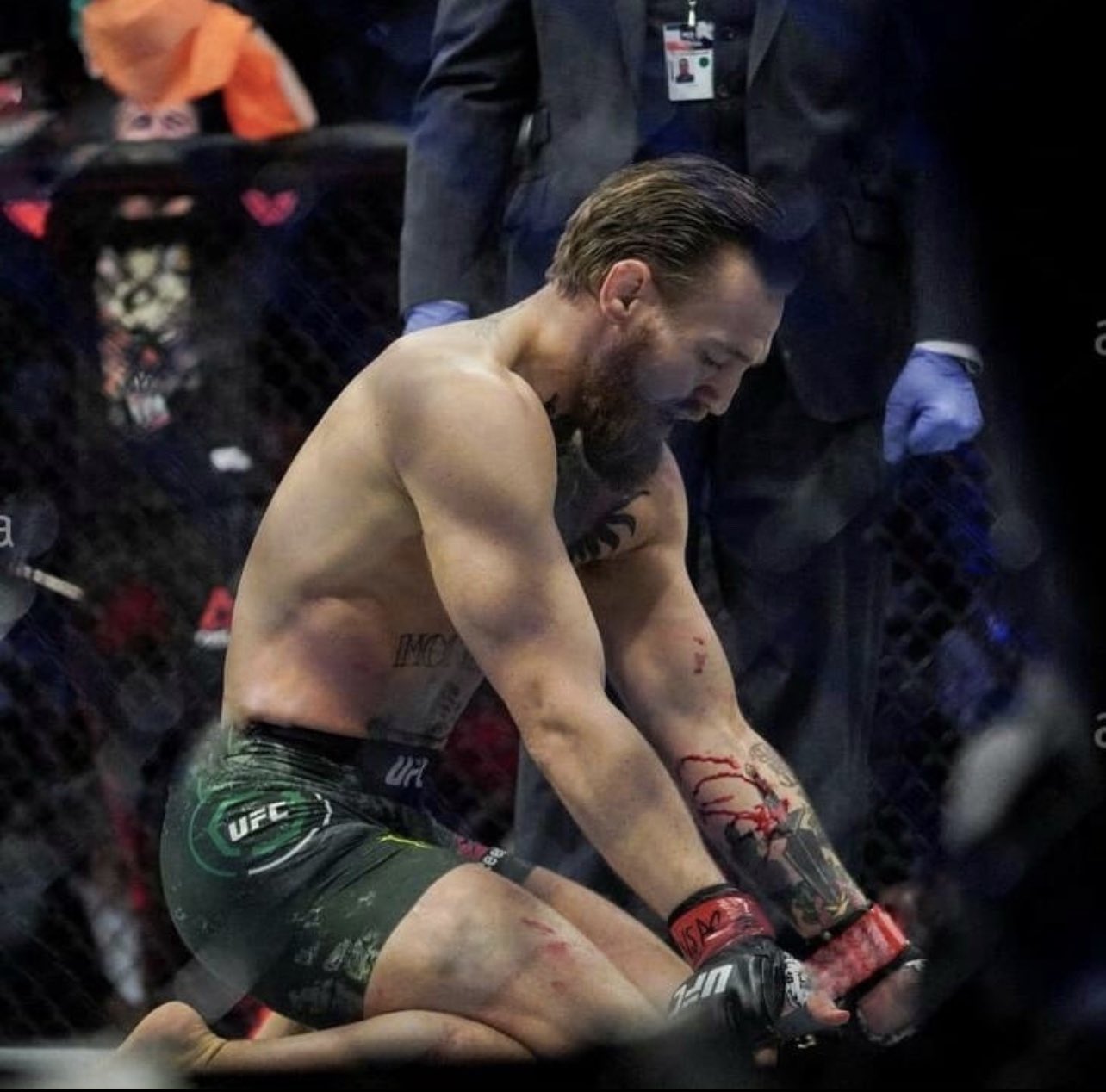 Conor McGregor is the biggest superstar in the sport of “Mixed Martial Arts.” However, his stardom is on the wane after losing back to back fights against Dustin Poirer. Those losses came in brutal fashion as well. He lost the second fight of the trilogy by knockout. And the third fight was stopped prematurely as Conor broke his left shin bone.

An injury like that can be career-altering, as was evident by Anderson Silva’s injury against Chris Weidman. Hence, a lot of curiosity centred is around the return of Conor McGregor. The fans have wondered whether Conor will make his return, and if he does, who will it be against? Now it seems like we might just have the answer.

Conor Mcgregor wants to fight for the Lightweight title next

ESPN MMA journalist Marc Raimondi put out an article on Twitter with the caption, “Who should Conor McGregor face in his return to the UFC next year?” The Notorious one decided to have some fun with it and replied to the post. In the post, he revealed that his next fight will be against the champion of the lightweight division.

Who should Conor McGregor face in his return to the UFC next year? @bokamotoESPN, @jeffwagenheim and I batted around a few ideas here https://t.co/kVIncZcAUs

Conor McGregor is the only fighter who gets what he wants. Hence, he followed up the claim by writing, “Deal with it.” He also referenced the trilogy with Dustin Poirier and said that the trilogy remained unfinished. The final fight between the two did not have a proper conclusion as his injury meant that Dustin won by TKO.

Hi lads, here goes.. clicks and the like. Your boss and what not. The Mac.
Santy Claus.
I’m facing whoever the fuck has that LW title next. Deal with it.
Take off your goggles and mark the trilogy “unfinished.” Deal with that too.
The rest mentioned, after this.
Deal. With. It

Although Conor is very active on social media, there is currently no timeline for his return. Conor (22-6) has not won a fight against a top contender since his victory against Eddie Alvarez in UFC 205. Although he defeated Donald Cerrone at UFC 246, Donald was coming off 2 back to back defeats. As a result, it will be hard for the UFC to justify the decision to give him a title fight. But McGregor’s commercial appeal might force the UFC’s hand.

Conor has always dreamt of doing things that most fighters can only dream of. He was the first fighter ever to earn a title shot in a different division while being the champion of another division. Conor was also the first fighter to hold two titles simultaneously, as he had the 145 lbs and 155 lbs championships at the same time.