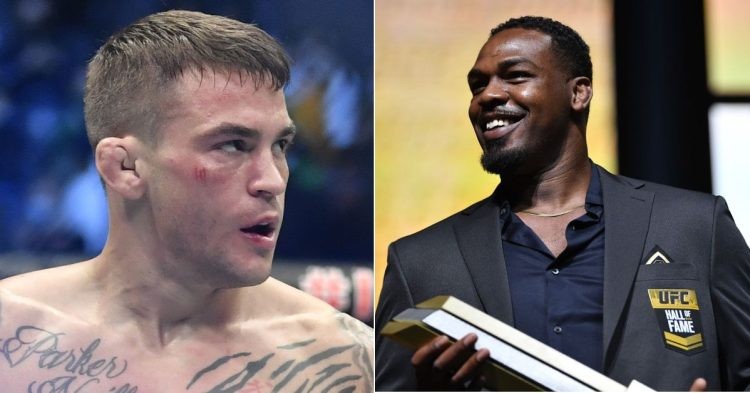 Dustin Poirier is just one win away from overtaking Jon Jones for the most number of victories inside the UFC Octagon.

The former interim champion has 20 wins to his name inside the UFC Octagon, and should he get past Michael Chandler at UFC 281, he will tie with Charles Oliveira. Not just that, he will also tie Jim Miller and the Do Bronx for the most number of wins in the UFC’s lightweight division. Now that’s impressive!

With Jim Miller at the tail end of his MMA career, it’s safe to say that the race for the most wins in UFC history will boil down to Charles Oliveira and Dustin Poirier. However, one must not forget Jon Jones, who currently ties with Dustin Poirier, Rafael dos Anjos, Georges St-Pierre, and Michael Bisping with 20 wins to his name.

While Rafael dos Anjos still has a lot left in his gas tank, both Bispin and St-Pierre have already retired. Jon Jones is set to make his heavyweight debut next!

Currently, as it stands, Jim Miller holds the record for the most number of wins inside the UFC Octagon with 24 victories to his name. Coming in second is MMA veteran Donald Cerrone, tied with former heavyweight champion Andrei Arlovski.

Sitting at the third spot are two Brazilian greats, Demian Maia and Charles Oliveira. Needless to say, Dustin Poirier will find himself among the elites should he get past Michael Chandler at UFC 281.

The only problem that Poirier faces going against Michael Chandler is the lack of expertise in the grappling department. Something Chandler will look to exploit at UFC 281 when both these stalwarts share the cage.

If Michael Chandler, who has shown up in his last four UFC fights shows up against Dustin Poirier, it’s nothing that the former interim lightweight champion hasn’t seen before. Poirier has faced the best strikers that the division has to offer, and his recent record suggests, there’s no striker who can match his tenacity and his grit.

Additionally, Chandler is a knockout artist himself and will walk inside the Octagon hungry for a win after the second-round stoppage loss against Charles Oliveira. Be that as it may, it will be easier said than done.