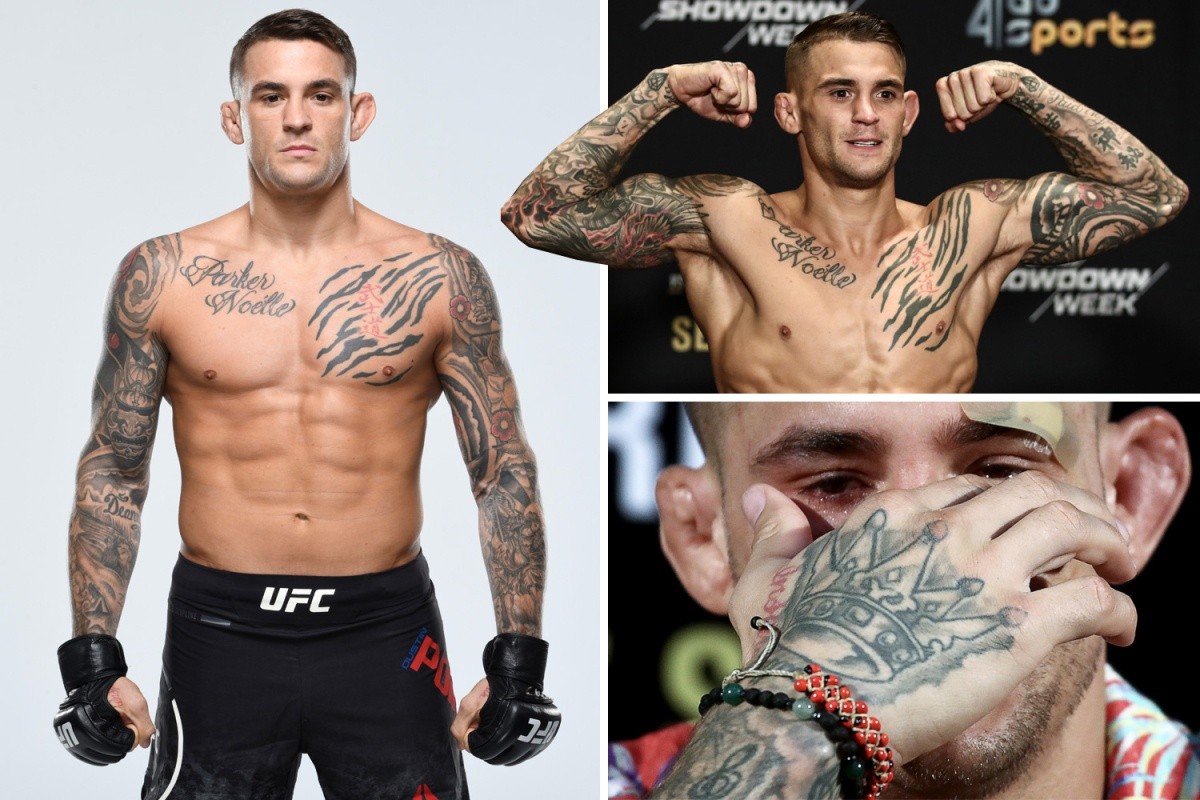 Dustin Poirier is one of the best lightweight fighters present in UFC. Moreover, he is a complete fighter because he has great boxing and wrestling skills. However, The Diamond has a craze for tattoos and is among the list of fighters who have enormous love for the art. As a result, Poirier has 27 tattoos inked over his body during his entire lifetime.

While speaking to GQ the Diamond has revealed the meaning of all the 27 tattoos. Poirier mentioned in the interview that he got his first “street tattoo” when he was 14. He also added that “Where I’m from Lafayette Louisiana a lot of guys had tattoos before they were 14 and all of them were blotchy and horribly done by tattoo guns made at the house from the guys who have learned the art to making bad decisions.”

During the interview, Diamond also spoke about his experience regarding his first tattoo. First Tattoo I ever got, I was 14 years old but it was a D on my shoulder with some flames on it and a pair of dice underneath it. I got it done in a guy named Shorty’s house. I don’t even know his real name. A homemade tattoo gun I’m not even sure why the dice and the flames. Yeah, I guess being just 14 years old man.

There came a point where I just kept getting these street tattoos done over the course of a few years and my mom was like hey look just stop doing it I’ll sign a consent for you. Let’s go to a real tattoo shop if you’re gonna keep doing this to your body let’s just do it legally and do it with the real artist where you won’t get a blood disease or something.

Also read: All the Tattoos on Cody Garbrandt and the Meanings Behind Them 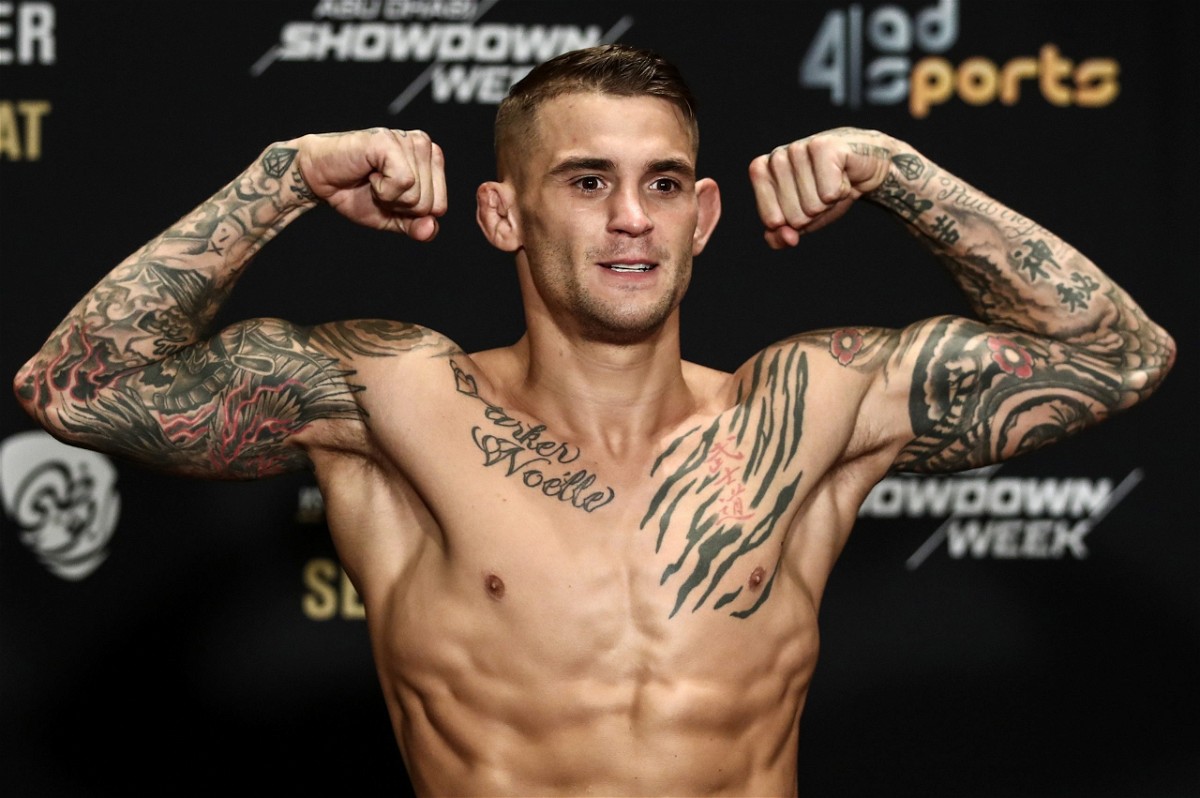 Dustin Poirier breaks down the meaning behind all the tattoos inked throughout his life in a conversation with GQ sports. On my right hand, I have inspire and I have faith. I have a Fleur de Lis on my left hand it’s just a French symbol for royalty and stuff and I’m French. 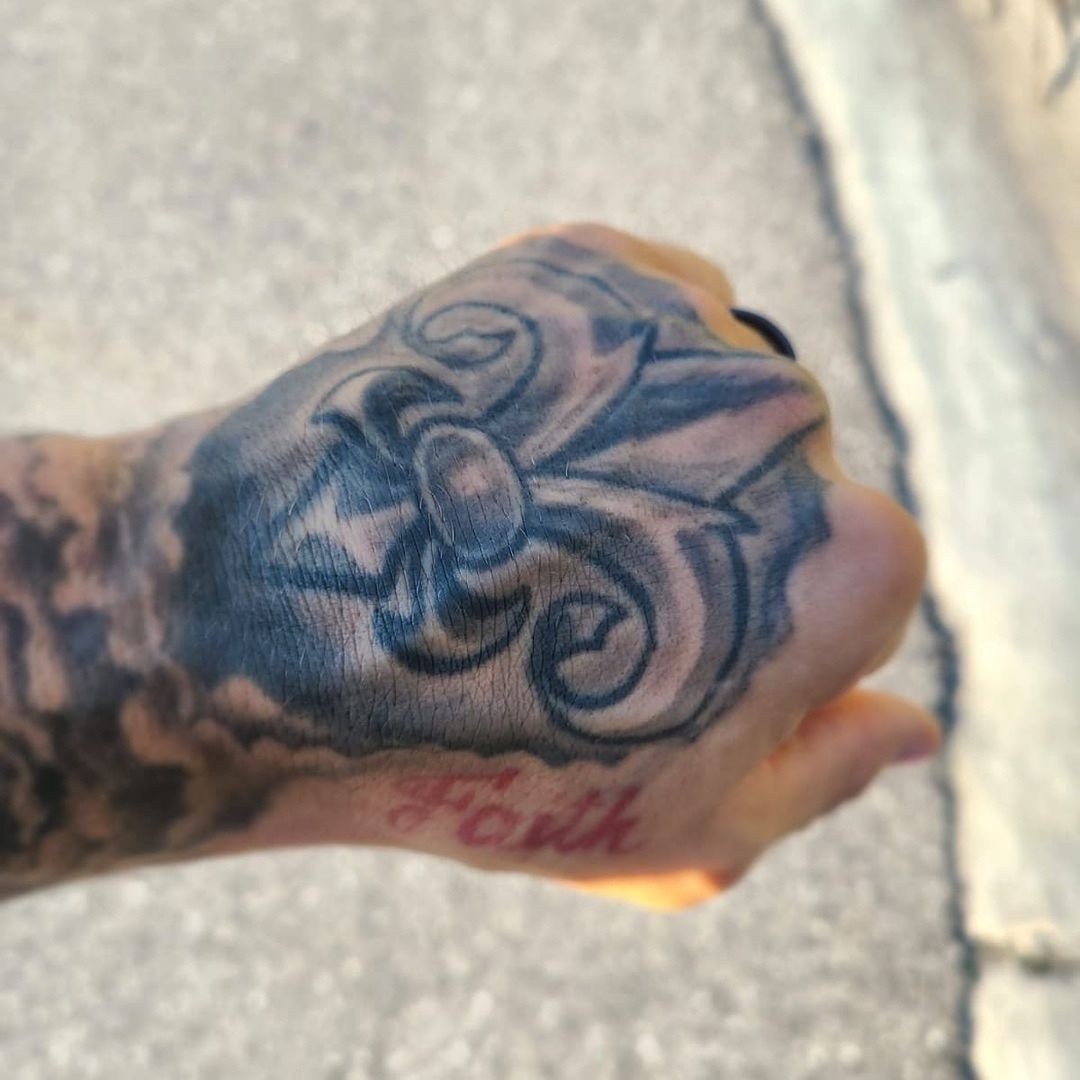 The French came from Canada to Louisiana, even the flag where I’m from Lafayette Louisiana and flag we have a Fleur de Lis on it obviously the Saints Helmets. The Fleur de Lis is a lot on Kings crowns and stuff like that. I have a crown on my right hand, I don’t know why it’s just cool.

The Diamond has mentioned in many interviews that he would be nothing without the contribution of his wife. Moreover, he has immense love for his mother, grandmother, and daughters. As a result, He has inked four tattoos to display love for the women in his life. “I have my grandmother’s name Glenda underneath the Fleur-de-lis. On the left side, I have my wife’s name and then on top, I have my mom’s name.”

Also read: Why Don’t the Diaz Brothers Have Tattoos?

The meaning behind other notable tattoos of Dustin Poirier 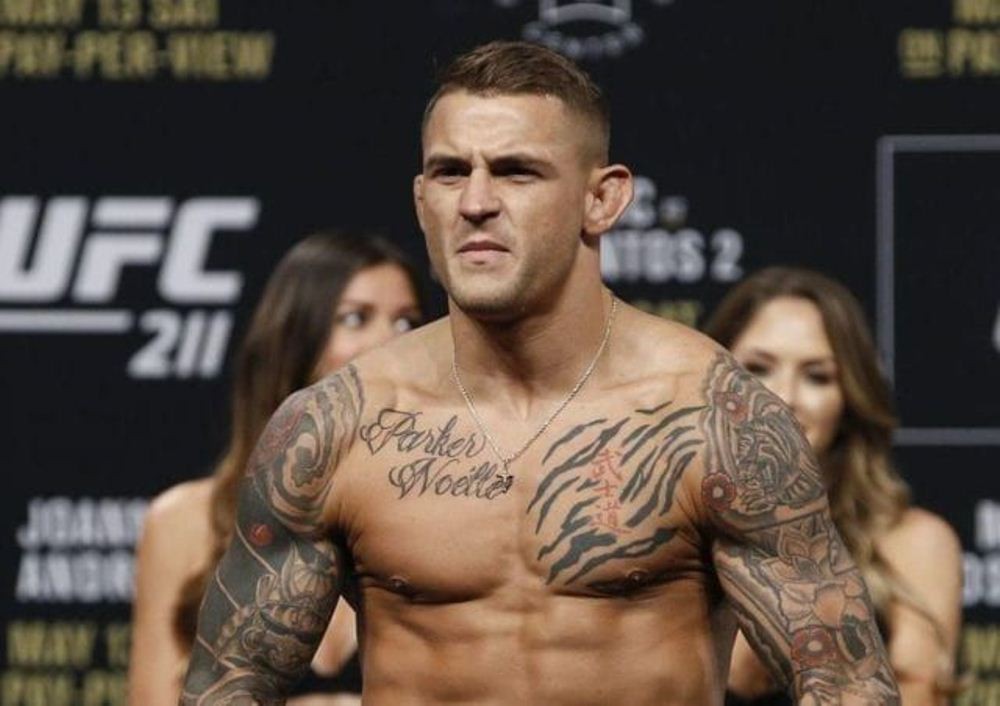 Poirier added that he has only inked one tattoo outside Lafayette Louisiana and that is his daughter’s name. “I got it done in Florida when my daughter was born.” Apart from these Tattoos, he has inked himself several times during his life. He has paid reverence to his Christian religion on his left forearm ‘Blood purchased, paid in full’. In addition to that his elaborate arm comprises tattoos of Jesus, a star sign, a hearth, and a Phoenix that signifies overcoming issues and rising. 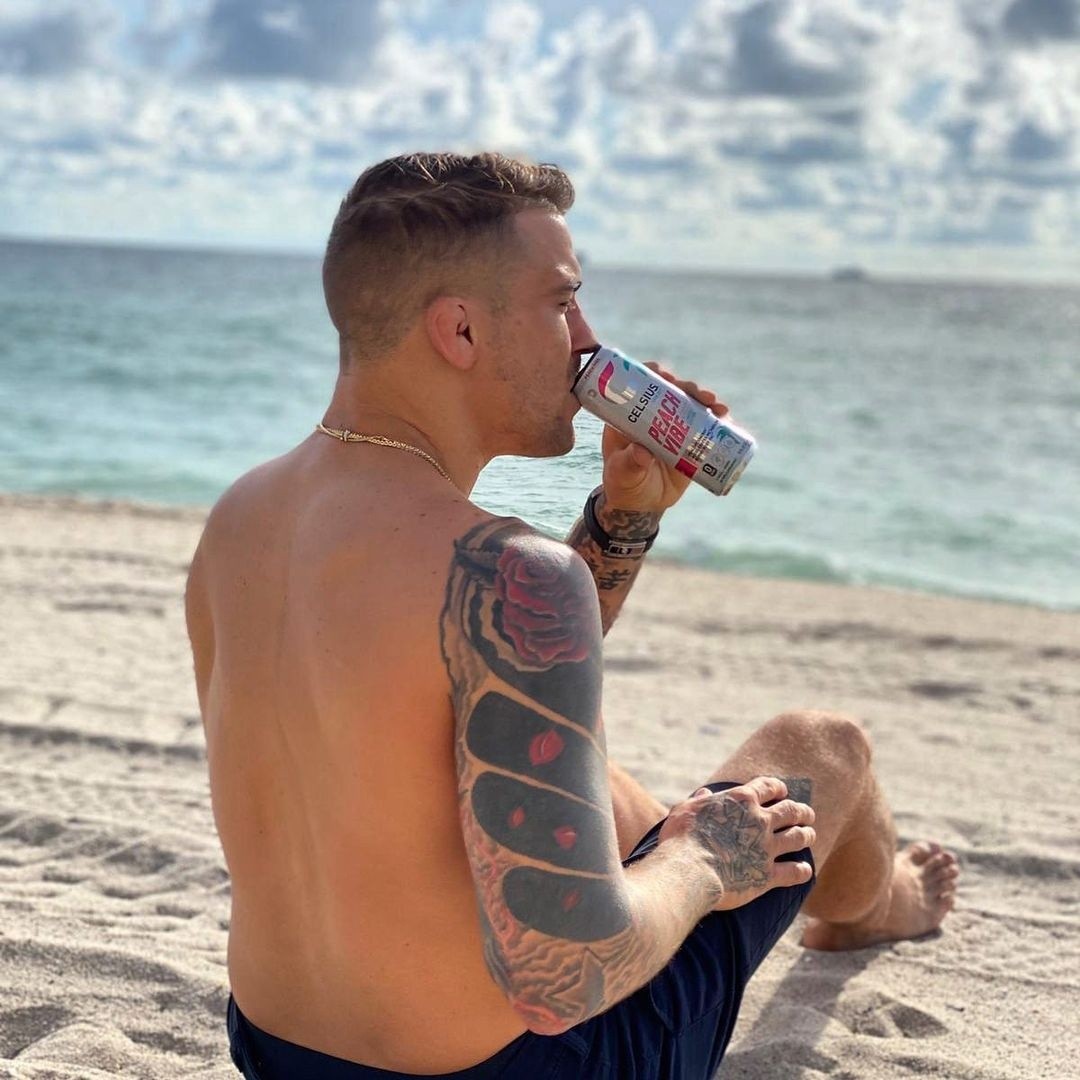 Furthermore, he has a Japanese Mask on the inside of the right bicep that covers his old tattoo. Poirier’s left shoulder comprises a tattoo of a tiger, an overview of the state of Louisiana, and a magnolia. The Louisiana-born also has a tiger-striped tattoo throughout his chest over his heart, and in the midst of it’s the Bushido code. It embodies  ‘Way of the Warrior’ in Japanese to symbolize the fighter’s heart.

Therefore Dustin Poirier’s love for tattoos is visible from his interview with GQ sports. As a result, it won’t be surprising if he decides to ink more tattoos in the future.

Dustin Poirier is scheduled to take on Charles Oliveira for the undisputed UFC lightweight championship, following back-to-back emphatic wins over Conor McGregor. Poirier will look to realise his life-long dream of becoming the undisputed champion, after having held the interim strap back in 2019.