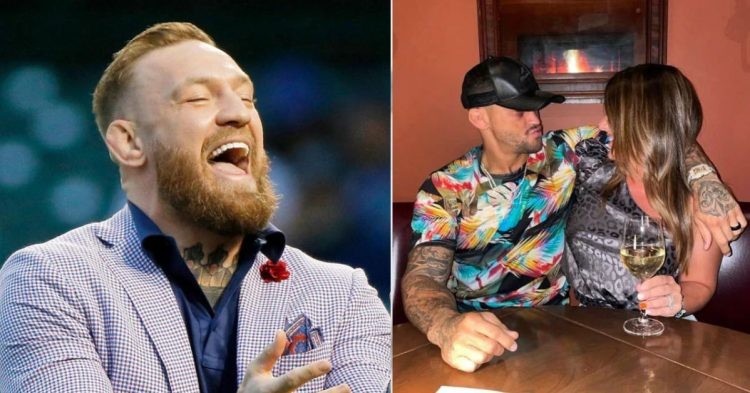 Dustin Poirier is cut from the best, so it’s no wonder that he stands true to his moniker Diamond. However, a little more than a year ago, Dustin Poirier acquired a new nickname, courtesy of Conor McGregor who mocked Poirier by stating, “your wife is your husband” as he proceeded to call him “Jolie’s wife.”

It seems like Dustin Poirier has well and truly embraced that nickname as he recently retweeted a comment made by a user on his social media platform, reacting to his recent photo from training ahead of UFC 281.

Dustin Poirier and Conor McGregor share a bitter rivalry with each other, having shared the UFC cage on three occasions. While the first fight went in favor of McGregor early in their careers, the last two bouts saw Poirier emerging on top via way of stoppage.

Dustin Poirier is set to take on Michael Chandler in a three-round fight at UFC 281 inside Madison Square Garden, New York on November 12. The former UFC interim lightweight champion has never lost two fights in a row and will look to bounce back to the winning column after a disastrous second-round submission loss to Charles Oliveira in his failed attempt to become the UFC Lightweight Champion.

Meanwhile, Michael Chandler will step inside the Octagon on the back of a brutal KO win over Tony Ferguson. It’s an exciting match-up between two of the most fiercest punchers in the history of the division. Whether or not this fight g does the distance, only time will tell. Our guess is, we are in for a barnburner.