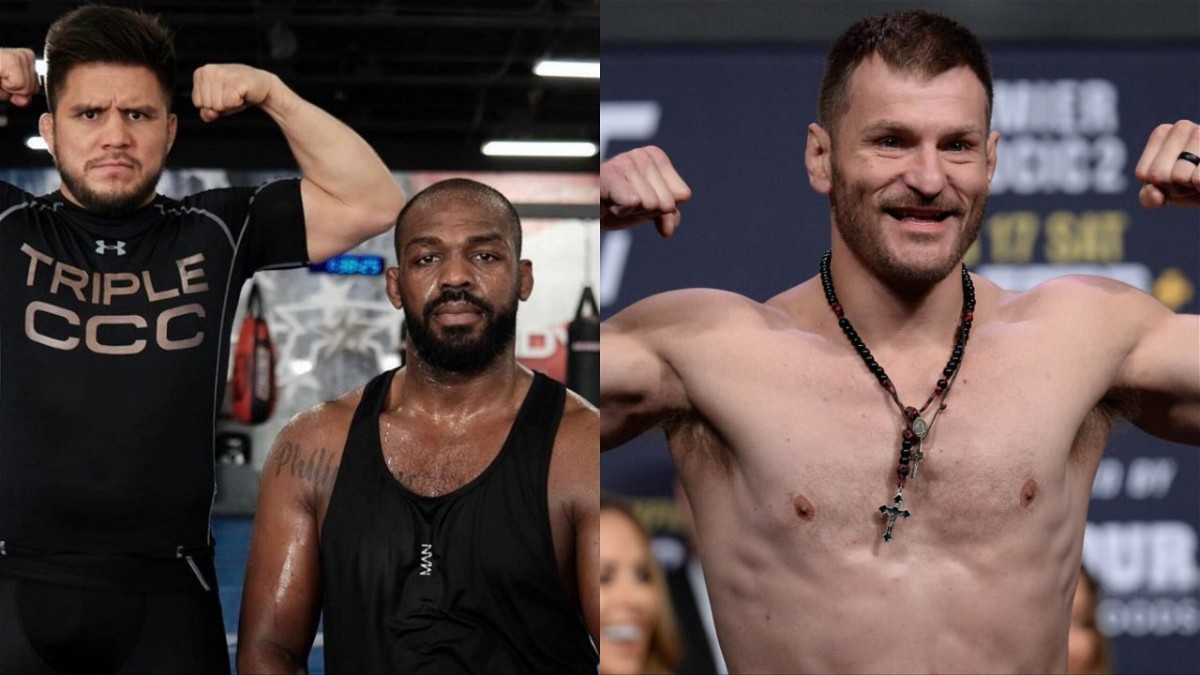 Jon Jones is currently in the running to face former UFC champion and consensus greatest heavyweight fighter of all time, Stipe Miocic in the summer of this year. Ahead of the potential bout, coach Henry Cejudo has given his verdict on who might get their hands raised at the end of the fight.

After Jones’ arrest last year, his longtime coach Mike Winkeljohn asked the former UFC light-heavyweight champion to leave the gym ‘Jackson Wink MMA’ to get his lifestyle sorted out. But Jon has reportedly decided to leave the gym altogether and joined Henry Cejudo in Arizona.

Jon Jones has linked up with Henry Cejudo at Fight Ready in Arizona.

Triple C opened up an MMA gym called ‘Fight Ready’ in Arizona last year. Aside from Jon, fighters such as Jiri Procházka, The Korean Zombie and UFC flyweight champion Deiveson Figueiredo have all decided to join the gym in recent times.

Being part of the current coaching set-up of Jon Jones, Henry Cejudo shared his thoughts on how a fight between Jones and Stipe Miocic may go. In a segment of his podcast with The Schmo, Cejudo revealed that Stipe Miocic will not be a problem for Jon Jones. Unlike Francis Ngannou, Stipe does not have the raw power. Cejudo said,

“You know what Schmo, either way, I love this fight for Jon. I really do man, I love the fight for Jone because everything that Stipe has, Jon is better at. You know, if he was fighting (someone) like Francis Ngannou, I was a little more cautious with that one just because of pure power.”

Henry went on to explain that Francis Ngannou’s power is a great equalizer because it has the potential to end the fight right upon impact. Hence, no matter how skilled a fighter is, stepping into the Octagon with Ngannou is always dangerous. However, Stipe does not have that. As a result, Cejudo predicts that Jones will finish Miocic. He claimed,

“At the end of the day, I think it’s easy money for Jon Jones. Yeah (Jon Jones will finish Stipe Miocic). Jon is coming in here with a different perspective. His perspective now is to bring back the Jonny Jones that was putting out Lyoto Machida, Shogun Rua. You know what I mean? When he went on that rampage of just killing the elite. It’s like that spirit in him is gonna be awoken if it is that he fights in July.”

The current heavyweight champion Francis Ngannou is currently in rehab after going through knee surgery. With him being out for a significant period of time, it would make sense for the UFC to book an interim title fight between Jon Jones and Stipe Miocic in July, during the international fight week.