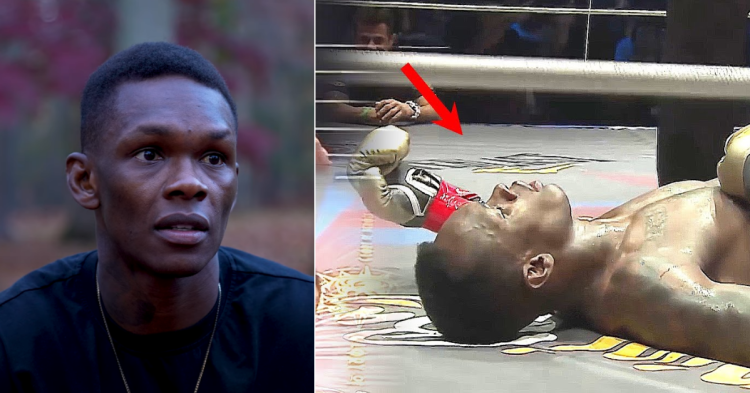 Israel Adesanya has been under the scrutiny of fight fans off-late. The Middleweight Champion has received backlash from fans on multiple occasions now for delivering lackluster performances inside the Octagon. Be it his performance against Yoel Romero, Marvin Vettori, or Jared Cannonier, Stylebender might be losing some fans.

It’s safe to say fighters who won’t be aggressive, Adesanya is willing to wait around and let them make the first move. Even if it means he only connects 48 significant strikes throughout the course of the five rounds as seen from his fight against Yoel Romero. Or the fact that fans started to leave the arena during his title defense against Jared Cannonier. Israel Adesanya believes that’s his key to winning fights.

While it’s not completely wrong, the defense can often be the best attack but in the fans’ eyes, it’s “boring”. While we seek more aggression and action from the Stylebender, the UFC Middleweight Champion has not blamed aggression as the reason for the sole KO loss of his combat sports career.

Israel Adesanya reveals how “spamming right hands” against the Brazilian fighter ultimately led to his downfall against Alex Pereira during their second meeting inside the Glory kickboxing ring. However, he also adds that the style of fighting that kickboxing demands, and his overtly aggressive approach during the fight were the major factors for his downfall.

“I was younger and I was silly.” Adesanya said, “When I had him on the ropes, in that moment I was like, right, I am not leaving it to the judges. I am gonna finish the fight and that’s never been my mentality.”

Adesanya also admitted that his style of fighting is more suited to mixed martial arts. “The way you defend is different. The way you attack is different. It’s kinda stupid. Not disrespect to kickboxing, but I feel like they attack like really, like they fight aggression with aggression. And it’s not always the best way to fight, I am too calculated and smart for that.”  Stylebender said about kickboxing fights.

After being criticized for the lack of action in his fight against Jared Cannonier, Stylebender revealed that it was Killa Gorilla who did not bring the fight to him and “came to survive”. Can the same case be made for Israel Adesanya, who has always shied away from being the fighter to initiate action? That’s for the fans to decide.