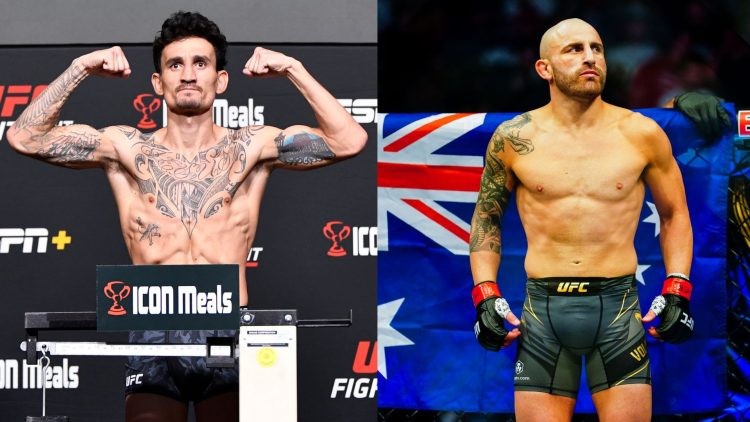 Max Holloway is set to take on Alexander Volkanovski for the UFC Featherweight title at UFC 276. The highly anticipated trilogy bout between the two gives ‘Blessed’ yet another opportunity to get his hands on the UFC gold, a feat which he failed to achieve on two previous occasions.

Their first bout came back in December 2019 at UFC 245 and the rematch happened just months after in July 2020 at UFC 251. Both fights were tightly contested and the Australian managed to get decision victories on both occasions. However, ‘Blessed’ has made it known that he felt like he did enough to win both fights.

During a recent interview with ESPN MMA, Max Holloway was asked whether he thought he won both fights, to which he replied by saying:

It is safe to say that Max Holloway firmly believes that he had done enough to win both fights. However, while some people would’ve gotten demotivated by the same, ‘Blessed’ has continued to work hard and earned his shot at the title yet again.

There has been a lot of excitement surrounding the trilogy fight between Max Holloway and Alexander Volkanovski and rightfully so. Two very close and rather controversial fights have led to the trilogy which promises to be even more action-packed.

While this fight will mean a lot to both fighters, Max Holloway certainly has a lot more on the line than that of Alexander Volkanovski. Having suffered losses on two previous occasions, Holloway might not get another shot at the title if he fails to win this one.

So, it is safe to assume that Holloway will do everything in his abilities to get the better of Alexander Volkanovski this time around. On the flipside, Volkanovski will look to end the debate by trying to convincingly beat ‘Blessed’ in their upcoming trilogy fight.

Regardless of the outcome, fans can certainly expect to witness a fight for the ages come July 2nd at UFC 276.