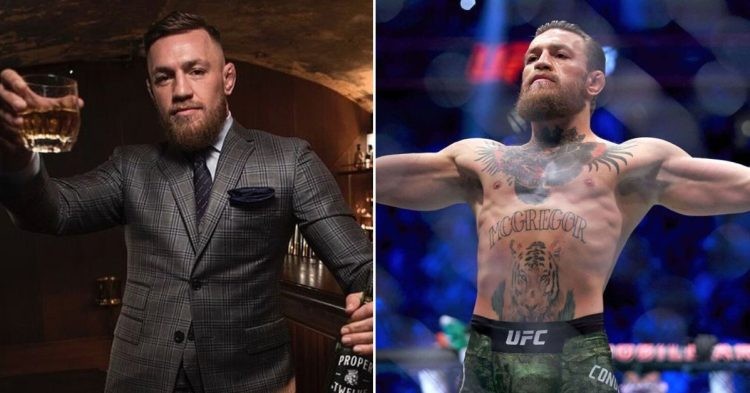 Conor McGregor has not been very active since 2016. He has only fought twice in the octagon after his title win against Eddie Alvarez. However, he is still the face of MMA and the numbers just justify the mentioned notion.

McGregor earned $30 million for his fight against Donald Cerrone, which he finished in 40 seconds. Conor McGregor renewed his deal with Reebok in 2018, which earns him $5 million per year. Besides that, the whiskey brand of the Notorious One, Proper No. 12 has also earned McGregor huge money since 2018.

Conor McGregor is undoubtedly the biggest superstar MMA has ever seen. He is the only MMA fighter to ump over to the boxing world to fight Floyd Mayweather. He has some huge fights in UFC such as fights against Khabib Nurmagomedov, Nate Diaz, and Eddie Alvarez. And this figure might increase significantly if he decides to be more active in the octagon or jumps over to boxing for another super fight.

For now, McGregor is retired from MMA. Though many fans believe that McGregor would come back sooner or later Dana White has been pretty adamant about the McGregor situation. He has made it clear that UFC has not offered any fights, Conor McGregor, since his retirements.

However, McGregor is still in the USADA testing pool, which indicates that Conor has kept the door open for a possible return. But, who the opponent is going to be? Will it be in MMA or boxing? That’s something the fans will have to wait to find out. But, for now, The Notorious One can celebrate for a while following his incredible achievement.