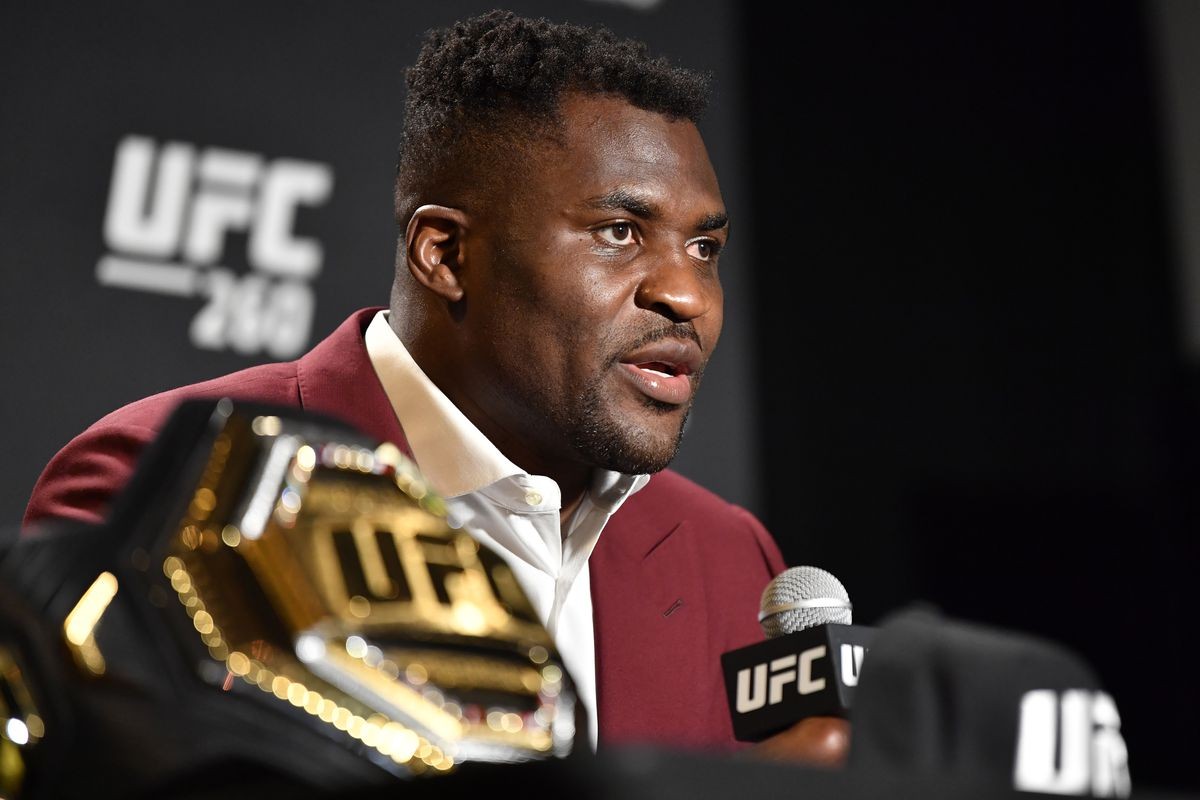 Ciryl Gane picked up an impressive unanimous decision win over Alexander Volkov at UFC fight night. As a result, the French Fighter had made his case to become the next contender for Heavyweight Title against Francis Ngannou. But it looked like he would have to wait for a year to get a chance for the title.

However, UFC shocked the entire world by announcing Derrick Lewis vs Ciryl Gane for the interim world heavyweight title at UFC 265. This announcement comes as a big revelation because it looked like Francis Ngannou would defend his title against Derrick Lewis at UFC 265.

Francis Ngannou was quite surprised by this announcement from the UFC after he had accepted to defend his title against Derrick  Lewis in September. The Heavyweight Champion reacted to this decision by going to Twitter and commenting “I remember my interim title fight against Jairzinho… Oh wait”

Nothing has been right here https://t.co/SIeM9uEfBG

It is quite obvious that Francis Ngannou is unhappy with this decision by looking at these tweets.

Francis Ngannou won the Heavyweight Title by defeating Stipe Miocic via TKO at UFC 260. Ever since his victory, there were talks regarding who will face Francis for the title next. Jon Jones was the best choice but his dispute with the company regarding pay meant Derrick Lewis would be the ideal number one contender for the Heavyweight Title.

As a result, the UFC started negotiations with both parties and it was quite certain that a fight for the title would be booked in August. But after the announcement of the interim title fight, it looks like UFC was unable to finalize the Francis Ngannou vs Derrick Lewis fight.

There are several reasons why this fight didn’t take place. The Predator was not ready to fight in August because he was out of shape. He needed more time to train and prepare for the fight. In addition to that, the promotion wanted a big name to headline the main event at UFC 265. This was one of the main explanations as to why UFC booked the interim title fight.

Francis Ngannou’s manager also reacted to this announcement and expressed his thoughts “This comes as a complete shock. To make an interim title so soon, if you look at the history of this division, it comes as a surprise. Francis is just now returning to the States to begin training, and he just won the title three months ago. We’re unsure of what the reasoning is behind this, but we hope to get clarity soon and figure out something with the UFC soon. At the end of the day, they’re in control of these actions.”