In a recent Q&A on Instagram, Stipe Miocic answered a bunch of fans’ questions. A fan asked the heavyweight champion about who is the harder fight for him, Jon Jones or Francis Ngannou. And the answer might shock many fans.

The UFC heavyweight GOAT, Stipe Miocic is going to take on Francis Ngannou in a rematch. The possibility of Jon Jones fighting Miocic for the title is still there. However, UFC president, Dana White has confirmed that Ngannou vs Miocic 2 is next and rightfully so.

Stipe Miocic dominated Ngannou for 25 mins in the first encounter. He exposed the holes in Ngannou’s arsenal. He took him down and kept him there, inflicting a lot of damage with ground and pound. So one might think that the outcome of the rematch won’t be any different. And the heavyweight champion agrees with that notion. Miocic said:
“Francis isn’t exciting to me, already put on a 25-minute clinic on how to beat him. want a new challenge. would love to box.” 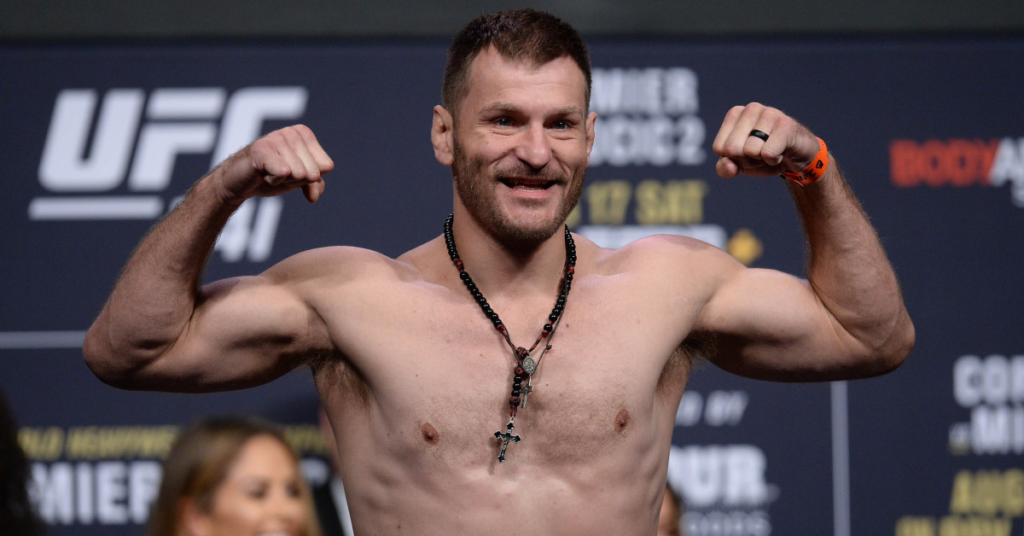 Francis Ngannou has the greatest equalizer in the sport, his inhuman power. However, Stipe Miocic took his best shot and won the fight via complete domination. And the outcome won’t change if Ngannou relies on his power in the rematch too.

Francis Ngannou has been working a lot on his cardio and boxing skills. He will need to box with Stipe Miocic for a while before he goes for the kill switch. He might even have to defend a few takedowns early in the fight. If he can’t do that then Miocic is going to do the same thing again.

Besides that, Stipe Miocic is still extremely underrated. His fight IQ, durability, and knockout power are off the charts. And fans picking Ngannou over Miocic in the rematch after witnessing the way the first fight played out is ridiculous.

On one hand, we crowned Miocic as the greatest heavyweight of all time. And on the other hand, he is the underdog against the guy who he has beaten once. Looking over, Francis Ngannou won’t be wise at all. He can knock anyone out in the heavyweight division. However, he will need to make some changes and be at his best in the rematch to beat Miocic.